Running (not racing) toward success 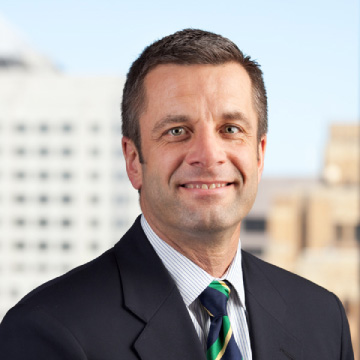 In early spring of 2009, my oldest daughter Mackenzie asked me if I wanted to run a half marathon with her later that summer.

Kenz was a junior in college at the time, and if she asked me to do most anything with her, I’d be inclined to accept. I knew our days together were numbered. Plus, it couldn’t hurt having some motivation to lose the extra “winter weight” I had gained.

It had been a difficult winter. At the time, the S&P 500 was slowly climbing from a March low of 676 – its lowest point in almost 13 years.

I’m a planner, so the first thing I did was research how to train for a longer run. Finding a widely acclaimed 12-week training regimen, I targeted a start date and put the wheels in motion.

While I’ve always been fairly active, I’m by no means a runner. The challenge of a 13.1-mile run certainly pushed me past my comfort zone. I hoped that with appropriate preparation, my anxiety level might dissipate by the date of the early August run.

Meanwhile, the financial crisis and Great Recession presented their own set of challenges. Speaking of comfort zones, I think we were all pushed past a level of normalcy. Many people feared their financial security had been compromised.

Reaching out to clients during that period was difficult. It took effort and persistence. Keeping people engaged and confident during a time of crisis is a challenge in any profession. For those of us in the investment community, this period was (hopefully) a once-in-a-lifetime call to do our very best work.

Dutifully, I followed my training program. I kept a schedule on our refrigerator and crossed off the successful completion of each training day. I ran early when I worked late and ran late when I worked early. I took my running shoes on trips and ran places in lieu of driving – all to get my miles banked according to plan.

As the run (Notice I didn’t say race.) approached, I was confident but still leery about putting it all together on run day. I had a plan; I followed the plan; and I expected success.

The stock market continued to progress that summer. But when you’re down 56% to begin with, fear remained a constant theme of every discussion and every meeting.

I diligently reminded every client I spoke with that we have a plan. That plan stresses building balanced portfolios using bonds and cash for safety, a long horizon for stocks, independence and experience to make sound decisions, and the overall strength of our economy.

I shared my confidence that we succeed if we adhere to the plan. I’m grateful that people listened and stayed the course because they had faith in the plan.

My running plan was tested as the date of my “half” came quickly. On a hot evening in early August, Mackenzie and I ran our first half marathon together.

It was a special moment for us both, but the run itself for me was a near disaster.

In the last three miles, I had significant stomach problems and nearly withdrew. I was happy I finished but distraught that things ended so poorly.

In the days and weeks that followed, I tried to figure out what went wrong.  For 12 weeks, I had done everything right. But then I realized I hadn’t planned for race day and the race itself.

So I decided to do what anyone engaged in a long-term endeavor would do: I learned from the experience and signed up for my next run.

The market made reasonably steady progress from the March low until it moved above 1,200 once again in April of 2010. But much like my first run, it wasn’t going to be as easy as I hoped. A correction that began in April saw the market drop close to 20%, nose-diving back near 1,000 and reigniting dormant fears.

Spring and summer raised the possibility of a second financial crisis and sustained downturn. Investors remained scared and skeptical.

Rather than being paralyzed by the downturn, we used the opportunities created by low valuations to buy diverse, previously overvalued asset classes such as commodities to mitigate risk and take advantage of the recovery we knew would come.

I’ve done quite a few runs since the first half marathon that ended so poorly.  In each one, I’ve learned something else and gained confidence. I completed my third half recently and had my best run so far.

As I circled Lake Mills on a beautiful Saturday, I realized how my running of the past two summers paralleled the investment challenges of the last few years.

My first run, all I thought about was getting to the end, and each mile stretched endlessly before me. In subsequent runs, I knew I’d get to the end, so I focused on each mile and lived in the moment. Mile 4 became Mile 5 and soon Mile 13. I enjoyed the scenery. I kept my target pace and hydrated at each stop.

I had a plan and made adjustments along the way. I was not so consumed by the end that I didn’t enjoy the moment.

What I learned from my running is patience. The same holds true for long-term financial planning.

Good planning will give you confidence. You’ll need to make adjustments along the way. But in the end, you’ll need patience to go the distance.

I’m going to keep running because the more I learn, the more I enjoy it. As our recovery continues and your portfolio regains lost value, I hope you have confidence in the plan and patience to get to the end. I do. That’s what I learned.