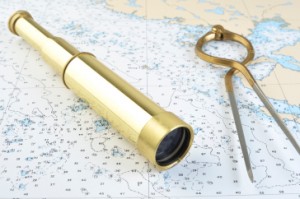 Support for stocks, beyond the calendar

By Kyle Tetting
The pandemic shows shortcomings in those tidy calendar-year earnings and market forecasts, especially how expectations for the year can shift quickly as major events develop. Also, the calendar focus on near-term outlook can hide longer-term views, including well-founded optimism for stocks. Though the exact timing of a recovery remains elusive, the broader expectation provides continued support for stocks, led by earnings.

By Joel Dresang
I’m always hearing how investors don’t like uncertainty, but more research suggests it can be beneficial. […]

The return of required distributions

For retirees 72 and older, the required minimum distribution is back in 2021, which means planning with advisors sooner than later. […]

Relearning peekaboo in the pandemic

By Joel Dresang
Behaving as if we have no memory of life before COVID-19, no vision beyond our current confinement, may be affecting how we deal with our retirement investments. […]

By Kyle Tetting
Consider snow days to being to understand the most pressing question of 2020: How did markets post such strong returns in the midst of such terrible news? […]

Passing the plate during the pandemic

Landaas & Company donated what it would have cost for an in-person holiday staff party to the Riverwest Food Pantry. […]

Past presidents in the fold


By Joel Dresang
Although the timetable’s unclear, the White House disclosed in January that the Treasury Department will step up plans to redesign $20 notes to feature Harriet Tubman in place of Andrew Jackson. With the recent observation of Presidents Day, we got curious about which other former commanders-in-chief remain on U.S. currency. […]

For What It’s Worth: Squirreling Away


By Joel Dresang
Partly because they’re reluctant to spend, partly because they lack opportunities, U.S. consumers have been squirreling away record mounds of money. They socked away nearly $3 trillion in 2020, a stash that could eventually help quicken economic recovery. In our occasional look at the meanings and origins of financial expressions, we consider slang terms for personal saving. […]


Landaas & Company will be closed for business on Monday, Jan. 18, in observance of Martin Luther King Jr. Day. The financial markets also are closed on the federal holiday, which falls annually on the third Monday of January. […]

Don’t underestimate how much you’ll change


By Joel Dresang
Keeping in mind that somehow our personality, tastes and values will change—just as they have in the past—can help us be more open-minded and flexible in our planning. We shouldn’t prepare for the future assuming we’ll always be who we are now. […]


By Joel Dresang
I quit my first job after college in the throes of a recession. While many of my classmates were struggling to find work, I impetuously left a perfectly decent professional position to study abroad. I went from earning money to spending it.
Beyond individual benefits, jobs help economies. The work we do contributes to the prosperity of our employers, which benefits our coworkers and other stakeholders, including business partners and investors. […]

#Inflation continues to shy from 2% Federal Reserve target. Talk of prospects and what they mean for #investors in… twitter.com/i/web/status/1…