U.S. employers posted a record 10.9 million job openings in July, up nearly 750,000 from June, with nearly a third in health care and social assistance. Data from the Bureau of Labor Statistics showed demand for workers continued to outpace the number of Americans out of work and seeking jobs. Figures on hiring, layoffs and firing changed little from June. About 4 million workers quit jobs, remaining near a record high, indicating the level of confidence workers have in finding new positions. 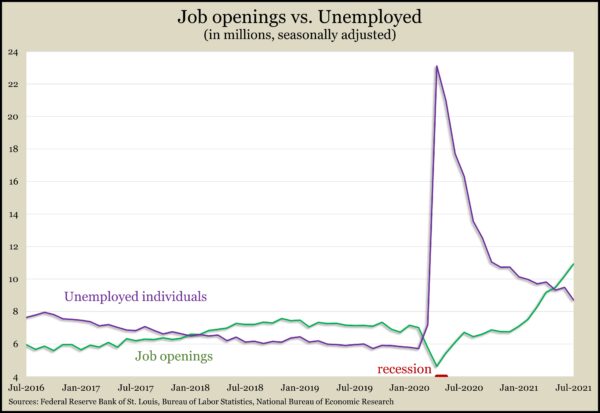 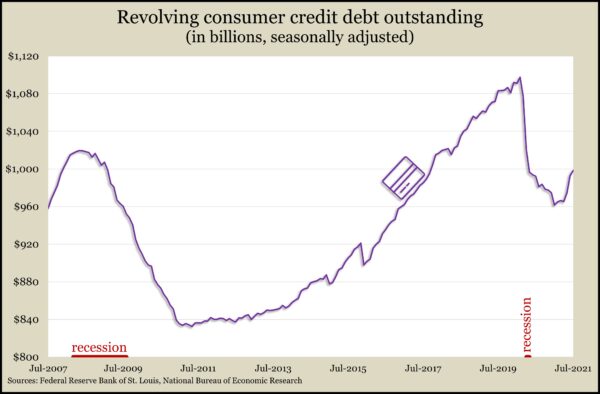 Initial claims for unemployment insurance continued to decline from record levels in the pandemic. The four-week moving average dropped to 339,500, the lowest since the week of March 14, 2020, and 9% below the average level since 1967, according to Labor Department data. Total claims for jobless benefits fell 2% from the week before to nearly 12 million. About 9 million of those claims were tied to pandemic relief benefits expiring this month.

The producer price index rose 0.7% in August, outpacing analysts’ consensus estimate of 0.6% but below the July increase of 1.0%. From a year-over-year perspective, the PPI rose 8.3% up from 7.8% in July and the highest since data was first calculated in 2010. Primary drivers of the wholesale inflation indicator were higher costs for transportation, beef, industrial chemicals and beauty supplies.