Considering the value of Forever 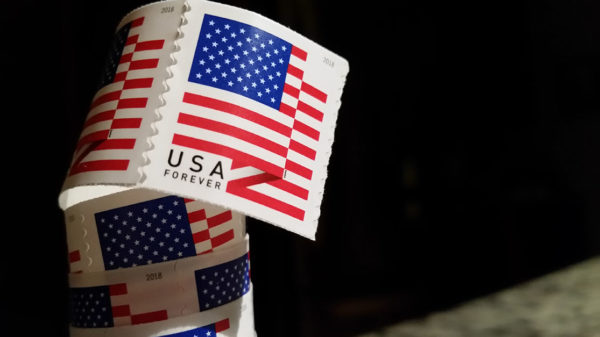 I am standing in line at the Post Office for Forever. Not that the line is long or pokey. I’m waiting my turn to purchase Forever stamps. First-Class postage for a 1-ounce letter rises to 55 cents per stamp beginning Jan. 27, a price increase of a nickel apiece or 10%.

No-brainer, right? If you know for certain the cost of something is about to rise, you snatch it up at the lower cost. Seeing how short the line is on this weekday morning, I feel that I am outsmarting legions of stamp-licking Americans who soon will be paying more just because they fell asleep at the switch in price.

I can see why the Federal Reserve has been wanting inflation to rise to stimulate consumer spending. If people know that prices are going up, they buy more now to save money in the future. Who doesn’t want a discount on Forever?

But I recall what a Catholic priest told me recently in a darkened church before a funeral: “It never is forever.” I immediately took his words out of context because on their own they struck me as extraordinary.

Sometimes deals seem like bargains, but they end up being a waste of money.

My dad grew up in a large family during the Depression, which is to say he wasn’t used to having a lot. But he also had a generous spirit. So when he perceived low prices on merchandise, he’d seize the deal, sometimes resulting in cupboards full of cans of creamed corn or commercial-size containers of condiments that expired before they could be consumed. Often, the bargains he’d find wound up as well-intended gifts that no one really wanted.

I was out of college when my Dad got me a cowboy hat as a souvenir from a visit with my brother in Wyoming. The hat is made of straw with a wide band and decorative feathers – a thoughtful gift. I was grateful for his consideration.

Trouble is, I don’t know when I’d ever wear a cowboy hat, and even if such an occasion arose, the hat is two sizes too small. So it has been relegated to a box of costumes our daughters have used for Halloween and playing dress-up over the years. None of them remembers wearing it. I’m not sure we got Dad’s money’s worth out of that hat – no matter how little he paid for it.

While the postal clerks take care of the few customers ahead of me, I ponder the dozens of design selections for the Forever stamp. Not only can I get a 10% discount, but I can make a statement with my choice of stamp. I can be smart and stylish, adding value to my purchase.

Value often is an overlooked aspect of investing.

Bob Landaas includes “valuation” in his signature reminder that corporate earnings and interest rates are what matter most to investments in the long run.

“And on that point, stocks are undervalued,” Bob said in a recent Money Talk Podcast. Forecasts for earnings have held up while stock prices have see-sawed downward in the last quarter of 2018, so the forward price-earnings ratio has dipped below the 20-year average. Bob noted that the global PE was the lowest in five years.

The point is to measure value – to use objective gauges on stocks that go beyond the headlines of mere prices.

“Without that valuation sense, people make decisions based on emotions such as fear and greed,” Brian Kilb said as he spoke at length about value at the 2018 Investment Outlook Seminar. “Make sure you use valuation metrics to make good investment decisions. Make sure you get good value for your stocks.”

“Value stocks are lower volatility, what we call lower beta,” Marc said, “and when things turn south, when the inevitable correction or downturn occurs, those are the stocks that are going to really hold up the best.”

So as I advance in line at the Post Office, I’m thinking about the value of Forever stamps. “It never is forever,” the priest said, which makes me consider how these stamps could possibly become a postal version of that crumpled cowboy hat in a box in our basement.

I wonder what if the Postal Service gets reorganized and Forever stamps get phased out? What if ink-on-paper snail mail becomes outmoded faster than I figure, and I’m stuck with squares of sticky paper that are relics of a bygone era – museum pieces alongside a telegram and a stuffed carrier pigeon?

I think of how I once kept bus tickets in my wallet. I used them as emergency transportation tokens for myself and doled them out when a stranger would stop me on the street to ask for money for bus fare.

A couple of years ago, however, I tried using one of the bus tickets from my wallet, and the driver laughed at me. He informed me that the transit system stopped using the tickets years ago when it converted to plastic smart cards. He wouldn’t – couldn’t, he said – accept the old ticket. What I held onto as a Forever bus token was worthless. “It never is forever.”

In fairness to the priest, his remarkable words came as he was explaining to me that I should expect an awkwardly long silence from the congregation when I paused after the Scripture readings I was practicing. “Don’t worry,” he said. “It feels like forever, but it never is forever.”

Still, those last words haunt me as I step to the counter, trying to decide how much I should invest in Forever. The stamp designs I favor – Dragons, Love Flourishes, STEM Education – are sold out. The clerk tells me that a lot of customers have been buying up the stamps before they get pricier – some in rolls as large as 10,000.

I realize I have not outsmarted anybody. The price is right, but now that I’ve thought about it, the value to me doesn’t suggest making a major outlay. I decide an ordinary roll of 100 U.S. Flag stamps will suffice.