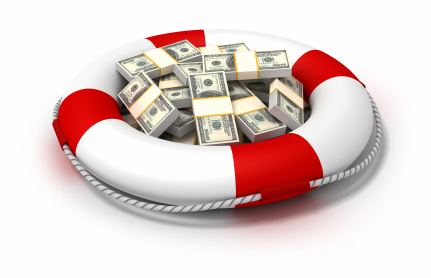 The stock sell-off in September – when the Federal Reserve announced its Operation Twist – may prove to be a watershed week.

The turmoil started after investors learned that the Fed wasn’t going to do much more for the economy than buying long-dated bonds and selling short-dated bonds. That’s going to help some, but I get the sense that investors were hoping for QE3 or another round of stimulus or some aid to the economy. And it didn’t happen.

And what the markets told us – with a 6% weekly drop in the Dow Jones Industrial Average the week of Sept. 19 – is that the economy is going to need some type of additional help to regain its footing.

And the investment community is saying, “Enough is enough. We need help. If you’re not going to give us any help when it’s clear we’re in trouble here, we’re going to respond accordingly.” And the markets sold off.

What I think you’re seeing is realization that the Fed is not going to come to the rescue every little time that you get a hiccup in the markets. I think long-term we’d all agree that’s good, that companies need to sink or swim on their own.

But I think it’s unsettling because it’s been going on for the better part of 15 years in this country, where the people who command large sums of money knew that they could get pretty reckless. They had nothing to lose because they knew the government would backstop them.

That backstop has been called the Greenspan Put, named for former Fed Chairman Alan Greenspan.

For years, people who run financial institutions knew that they could become more and more aggressive investing their money because they knew that the Fed would ultimately bail them out.

We can quibble as to whether the Fed is able to afford any more rescues, but it’s pretty clear that the day and age may be behind us of the normal, traditional Fed bailout of bad moves at these big banks.

Maybe when they write the history books, they’re going to point to this September sell-off as evidence that markets worldwide are coming to grips with the fact that they’re not going to get backstopped anymore.

I, for one, would applaud that. I think we ought to kill off all the big banks and make sure that we get ourselves in the position where not any one financial institution gets so big that it could take us all down. That’s the only way you’re going to get around this risk issue.

So what we went through with the September sell-off – as disquieting as it was – potentially was a watershed event. Maybe we’re finally putting to bed that concept of the Greenspan Put. And good riddance, I say.