Please note: Because of the federal government shutdown, most economic data collection and reporting was suspended.

The moving four-week average for initial unemployment claims rose for the second week in a row, based in part on a hiccup in California’s claims processing. But the federal shutdown also was to blame, with ripple effects for many non-government workers. Furloughs of federal workers are not included in the claims counts. According to the Department of Labor, the average level of claims reached its highest point since July two weeks after falling to a six-year low. Claims have been running below the 46-year average each week of 2013, suggesting employers remain reluctant to let workers go. 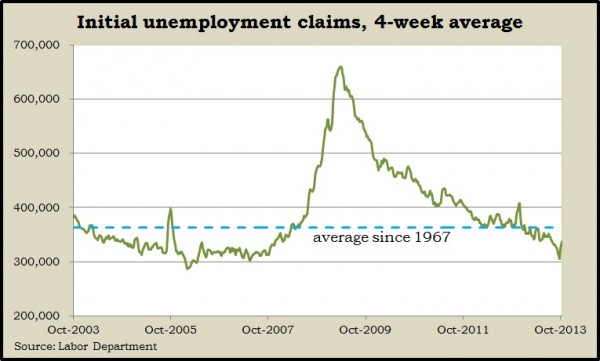