Signs of a slowing housing recovery emerged from the September report on pending home sales, which showed business dropping for the fourth month in a row. Even year-to-year sales figures fell for the first time in 29 months, according to the National Association of Realtors. The trade association blamed higher mortgage rates, the federal shutdown and higher home prices, which have resulted from low supplies of houses for sale.

U.S. industrial production and capacity utilization grew more than expected in September, the Federal Reserve said. Utilities accounted for much of the monthly growth as parts of the nation dealt with warmer-than-usual weather after a relatively mild summer. Manufacturing and mining also increased, although not fast enough to threaten higher inflation.

Inflation at the wholesale level remained subdued in September, based on the Producer Price Index from the Bureau of Labor Statistics. The 12-month inflation rate dropped to 0.3% from 1.4% in August. Excluding volatile food and energy prices, year-to-year inflation rose 1.2%, well below the Federal Reserve’s target for sustainably healthy economic growth.

A decline at auto dealerships brought down overall retail sales in September, the Commerce Department reported. Even excluding auto and gasoline revenue, retail sales were weaker than analysts expected. Still, 10 of 13 retail categories rose from August. Overall, retail sales were up 3.2% in the last 12 months, down from 4.6% in August and a long-term average of 4.5%.

House prices increased in August at the widest year-to-year gap since 2006, according to the S&P/Case-Shiller index. Prices in the 20-city composite index have risen for 15 months in a row, with the pace accelerating for three consecutive months. Overall, housing prices are back to where they were when the financial collapse began five years ago, according to the index. While indicating a continuation of the housing recovery, the report also confirmed Realtors’ concerns that houses are getting more expensive.

The federal government shutdown set back consumer confidence, which dropped way lower than expected in October, falling to its lowest point since April. The Conference Board said both current conditions and future outlook dropped in consumers’ esteem for the month. The business research group advised that Washington’s decision to kick the can down the road, or “the temporary nature of the current resolution,” should make consumers edgy for the next several months.

The broadest measure of inflation, the Consumer Price Index, remained relatively low in September, reinforcing Federal Reserve efforts to continue stimulating the economy. According to the Bureau of Labor Statistics, the core CPI, which excludes food and energy prices, grew 1.7% from September 2012. That was down from a 1.8% 12-month rate in August and below the Fed target of 2% inflation. Including food and energy prices, annual inflation was 1.2%, the lowest in 5 months. 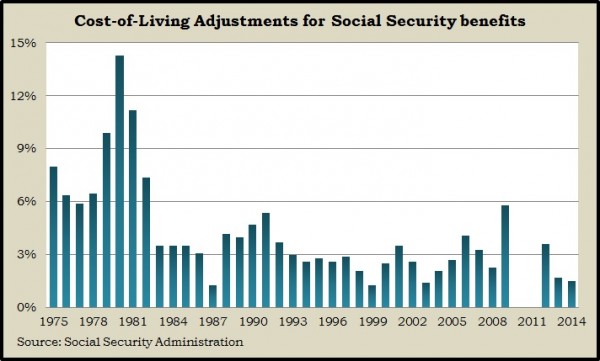 After its regular two-day meeting, the Federal Open Market Committee – the policy-making panel of the Federal Reserve Board – announced that it isn’t seeing enough improvement in economic activity yet to start tapering its $85 billion-a-month stimulus program. With a nod to the selected tax increases and across-the-board spending cuts Congress passed late in 2012 and perhaps to more recent standoffs in Washington, the committee said, “Fiscal policy is restraining economic growth.”

The moving four-week average for initial unemployment claims rose for the fourth week in a row, the Labor Department reported. Counting glitches in California and indirect effects of the federal shutdown have elevated the average, but the latest week’s claims hit a four-week low. Overall, employers appear to remain reluctant to downsize their work forces. The moving average smooths out weekly volatility and has stayed below the 46-year average every week so far this year.

Manufacturing expanded in October at the fastest pace since April 2011, according to the Institute for Supply Management. The trade group’s manufacturing index showed new orders and production gaining momentum for the third month in a row, while export and inventory components also made gains. Manufacturing had led the U.S. out of the Great Recession but stalled earlier this year with a slowdown in growth from China and setbacks in Europe.