Although registering less activity than analysts expected, the ISM Non-manufacturing Index suggested stability and optimism in the nation’s largest economic sector. The trade group’s survey showed non-manufacturers expanding business for the 62nd month in a row in March, with new orders, employment and back logs all growing at a faster pace. The overall index number declined slightly from February.

American employers had more job openings in February than at any time since January 2001, the Bureau of Labor Statistics reported. While increased demand for workers should help the economy, many of the openings tend to be more in positions with lower pay, and the rate of hiring declined for the second month in a row. Also, the number of workers voluntarily quitting their jobs slipped from January. Quitting is a sign of confidence in being able to find another job. 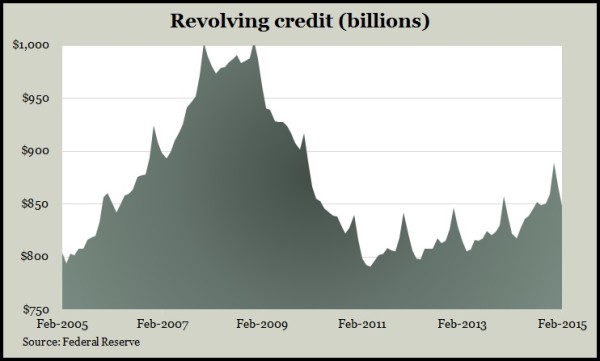 The moving four-week average for initial unemployment claims dipped for the third week in a row and the fourth time in five weeks, dropping to the lowest level since a 14-year low in November. According to the Department of Labor, average claims remain below the 48-year average, suggesting employers continue to be reluctant about letting workers go.

The Commerce Department reported that wholesale inventories rose 0.3% in February, more than analysts expected and still outpacing sales, which fell for the second month in a row. The ratio of inventories to sales remained at the highest level since the last month of the recession, suggesting businesses need to let demand catch up with supplies before adding production or employees.