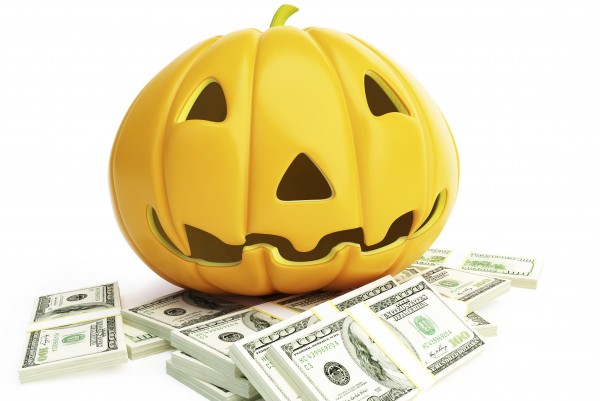 You can rely on the calendar to dictate certain actions in your life. October, for instance, is a good month for getting your lawn ready for winter and for planning February getaways to warmer climates.

But you shouldn’t let the time of year control your commitment to your investment plans.

With exaggerated movements in stock prices this month came reminders of the so-called October Effect. October has hosted its share of scary investment moments. “Boo! It’s October: How Scared Should You Be?” said a headline in The Wall Street Journal.

“It’s real important that investors don’t get sidetracked by the volatility that we’re seeing. For whatever reason, October tends to be a very volatile month,” Marc Amateis, vice president and investment advisor at Landaas & Company, said in a Money Talk podcast.

“In fact, if you go all the way back to 1970, almost one of every three trading days in the stock market in October experienced a movement of at least 1% either way – either up or down,” Marc said. “That’s unbelievable.”

Some of the most memorable market setbacks came in October, including a financial panic in 1907, the 1929 crash that ushered in the Great Depression, and some of the darkest days of the 2008 financial collapse. Marc recalls the single day in October 1987 when the Dow Jones industrial average lost 22.6% of its value.

According to month-end CBOE Volatility Index readings, October set the high mark for five of the last 23 years. That led all months, with January and February tied for second with three each.

Based on intra-daily readings, October has seen the highest volatility so far in 2014 (through Oct. 23) but only one other time in the last 10 years: During the 2008 sell-off. 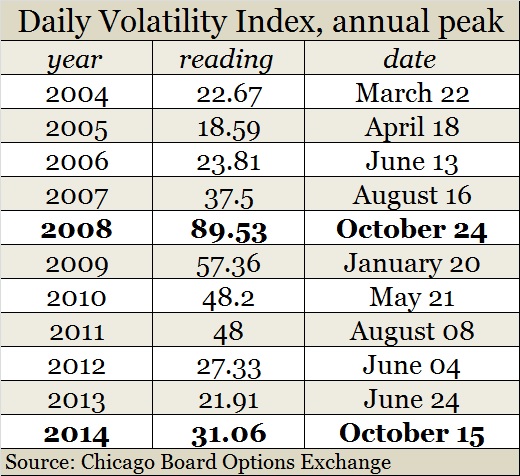 “It’s fairly easy to explain,” said Bob Landaas, president of Landaas & Company. “It coincides with the earnings announcements for the third quarter.” Third-quarter announcements are what Bob calls “the confessional season.”

“Companies that had bad news to get out of the way are going to get it out of the way now,” Bob said. “You don’t wait until the end of the year if you’re not going to hit your numbers. You don’t go in on New Year’s Eve and say, ‘Hey, boss. Can I talk to you for a minute?’ You start planting seeds.”

Consider what happened in 2013. On Oct. 1, Congress shut down the federal government, amid much dismay. But corporations and the markets kept working, and by the time Washington opened again, Wall Street was on its way to end the year at record levels.

“It’s my favorite time of the year,” Bob said. “Yes, some of the biggest sell-offs in history have occurred in October. I think part of that is just the seasonality of the markets,” Bob said. “But between the end of October into the beginning of the new year, the markets almost always finish stronger.”

“Have a long-term time horizon, a long-term focus. Stay the course,” Marc advised. “Have a proper investment allocation, a proper plan. And then just try to ignore those swings. Investors have to understand that that’s just part of the deal. If you’re going to be an investor, you’re going to have to go through some of those periods.”

“Sell-offs come and go. That’s not a reason to react,” Bob said. “I tend to react:

“Those are the times to reallocate your portfolio and head for the exits,” Bob said. “My fear for people who want to step off to the sidelines right now is you’re going to miss this rebound. It should be pretty good once the European Central Bank and the Bank of Japan get forced into more aggressive stimulus measures. Then, it’ll be off to the races again.”