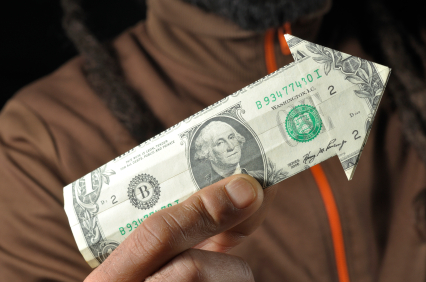 In case you missed it, June marks the end of our second year of economic recovery and the beginning of our third. Yes, it has been two full years since the recession ended, and yet, it still feels as if the slump lingers.

Despite the recovery – and expansion beyond where the economy left off before the recession, a majority of Americans believe we are still in a recession. That’s understandable because the two most visible portions of our economy – jobs and housing – have been poky.

Despite the plodding job and housing markets, the economy is on the mend.  Three pillars of economic growth have stabilized and are improving. Light vehicle sales, private inventories and capital goods orders have rebounded substantially.

Housing starts, the last of the four pillars, have leveled off but have not yet made meaningful recovery. Housing is essential in our own lives but, when it comes to the economy, it only contributes 2.3% to our Gross Domestic Product (GDP).  This is a reminder that the economy can recover without being built upon housing.

To put the recovery into perspective, the recession wiped $554 billion of total economic output from our economy. Since the recovery began in July 2009, we have added back $632 billion to inflation-adjusted GDP, overcoming the retrenchment in a year and a half.

Employment, too, is on the mend, though still not where we’d like. In May, we added jobs for the eighth month in a row, amounting to nearly 1.2 million new jobs since September.

The average work week has gotten longer since the recession ended, and worker productivity has been dropping – which may signal future hiring.

Worker productivity spiked when employers issued mass layoffs, causing the remaining employees to pick up the slack. Employees can be pushed for only so long before businesses are forced to hire new staff to meet the workload.  Longer hours and a decline in productivity may be signaling that current employees have done all they can and that new hires are on the horizon.

The economy may still be healing, but corporate America has already mended.  Corporate profits have rebounded and are expected by securities analysts to surpass record pre-recession levels before the end of the year.

The last time we hit record earnings, a significant portion of those profits were driven by leverage, especially in the banking industry. This time around, businesses are reaching record profits without excessive leverage. The low interest rate environment has allowed corporate America to restructure and retire its debt down to more reasonable levels, leaving corporate balance sheets healthy and flush with cash.

Profits have been driven by businesses becoming more cost efficient, more productive and doing so with less debt. Businesses are more profitable because they are doing business better. 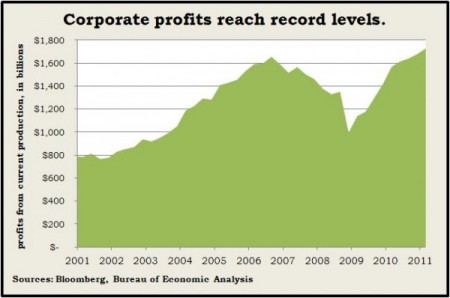 Stock prices have risen with profits. This has kept the relationship between stock price and corporate earnings – known as the P/E ratio – relatively constant.

Historically, investors have been willing to pay 17 times future earnings – the expected earnings per share 12 months out. Today, even despite the surge in corporate profits, investors are paying only 13 times future earnings. This suggests equities may be relatively cheap and have room to rise if multiples expand to their historical average.  This could be a catalyst to take the market higher.

Expect further economic healing and some bumps along the way. There has never been a recovery that has gone undoubted. The fact is we are two years into this recovery and on average, economic expansions last about four and a half years. History says we might be halfway through this one.

However, there is evidence that this expansion may last longer than average.  Since 1900, economic expansions have been getting longer and the contractions have grown shorter. We have become an economy of long summers and short winters.

Typically, the Federal Reserve begins tightening at this point in the cycle, but the slack in the economy – namely jobs, housing and a lack of bank lending – gives the central bank strong incentive to keep its foot off the economic brake pedal for now.

The Federal Reserve has the responsibility to provide a stable environment for both jobs and consumer prices. With jobs making a slow recovery and consumer prices weighed down by the housing slump, the central bank sees room to encourage growth. Based on its efforts to be more transparent, we should expect the Fed to be slow and methodical, giving the financial markets a “heads-up” well in advance of changes in policy to smooth bumps along the way.

Adam Baley is an associate at Landaas & Company.