Over There: Effects of Events Abroad 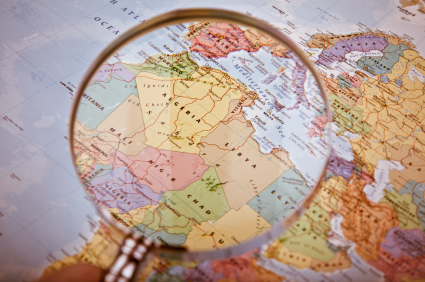 Popular uprisings toppling leadership in Egypt and in Tunisia are dramatic reminders of some of the unexpected risks investors can face in a global economy.

The more that economies and financial markets intertwine around the world, the more your investments can be exposed to local developments in faraway lands.

The first consideration that you ought to have is whether you are properly balanced. The point of having a balanced portfolio is to be able to withstand and absorb shocks to the system.

You’re not going to be able to anticipate the next bump on the road.

Very few of us were sensitive to the fact that Greece had misrepresented its finances to the European Central Bank in the spring of 2009. It wasn’t on my radar screen. And a few weeks ago, who was thinking about Egypt?

It’s just not possible with over 200 countries out there to anticipate every change in geopolitical risk on the landscape. What you can do, though, is build a balanced portfolio so that no matter what happens, you look reasonably smart.

Here’s another example. It was a big deal this month when China announced the first increase this year in its benchmark deposit and lending rate.

In the past when China’s central bank raised its lending rate, the U.S. market got whacked. So I was very impressed that the Dow industrials climbed 71 points when news came about China raising its key benchmark rate by a quarter of a point.

We took it in stride. That just speaks volumes to the underlying strength of the market – that we were able to absorb China’s rate increase, whereas last fall we didn’t, we sold off.

Also, we were able to absorb what has been going on in Egypt. It may not be forever. The next government may not be any better than the last one, or potentially even worse.

But the market’s response speaks to the issue of what really drives stock prices over the long term, which is earnings. It’s not geopolitical risk. It’s not what’s going on in China. It’s earnings.

And as we have seen through the latest earnings announcements, companies for the most part continue to report very high earnings, and we’re still on target to get back to record levels of profit this summer and finish the year at another new record for S&P 500 earnings.

That bodes well for stock prices because in a normal year, stocks go up in line with an increase in corporate profits. With that in mind – and a balanced portfolio – you can follow developments abroad and worry less about how their outcome might affect your investments.