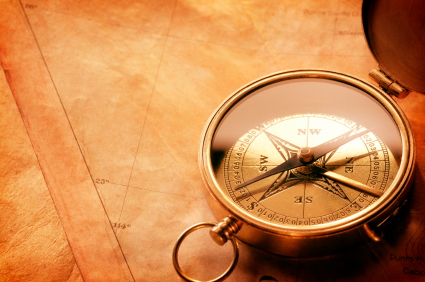 Depending on how you measure, investors might be watching two very different stories developing. One story is of weak economic growth. The other involves stronger forecasts for corporate earnings. Digging into the data can help clarify the picture.

The economy crept at a 0.7% annual rate in the first quarter – the fourth consecutive anemic beginning to a new year, according to the preliminary report on gross domestic product. Consumer spending – which drives about 70% of the GDP – slowed to its weakest pace since 2009.

Economists point to possible complicating factors such as unseasonal weather, higher inflation and delayed personal income tax refunds. The Federal Reserve’s policy making committee, led by Janet Yellen, said May 3 that it views the first-quarter slowdown “as likely to be transitory.” Full-year forecasts call for 2.3% GDP growth in 2017, which would be in line with the moderate economic expansion of recent years.

If the consumer is key to growth later in 2017, an improved balance sheet and a stronger housing market are two big positives for the quarters ahead.

With more than half of the S&P 500 companies reporting, first-quarter earnings growth is on track for the best year-over-year gain since 2012. Stabilizing commodity prices have played a major role in the strong earnings story, but growth also has been robust in information technology and bank stocks.

While low interest rates have supported higher stock valuations, the Federal Reserve’s intentions to continue boosting the overnight lending rate should raise the profile of what had been very low yielding bonds. Investors, starved for yield, had flocked to riskier assets. As bond yields become more attractive, though, they could remove some support from stocks.

None of this is to suggest that stocks are poised to take a step back but, rather, that earnings growth will remain the most important driver of stock returns, especially in the months ahead.

While reports from the first quarter paint an interesting story of a U.S. economy that’s growing slowly even as earnings growth accelerates, the underlying data suggest a clearer picture of what is going on. The economic data probably isn’t as bad as the headline numbers, and the earnings forecasts may be too dependent on the recovery in commodities prices. As it has for much of the period since the financial crisis, the reality continues to lie somewhere in between.

The current bull market for stocks, now approaching 100 months and more than 300% in returns, has been characterized by slow growth. Despite some recent noise in the data and the ever-present potential for the unexpected, we stay cautiously optimistic that slow growth remains on the horizon in the U.S. – and that’s not a bad story for long-term investors.

More information and insight from Money Talk
Ask a question for our Money Talk Podcast.
Money Talk Videos
Follow us on Twitter.