Bob’s View: Now I can say it

There are two things I never get a chance to say. 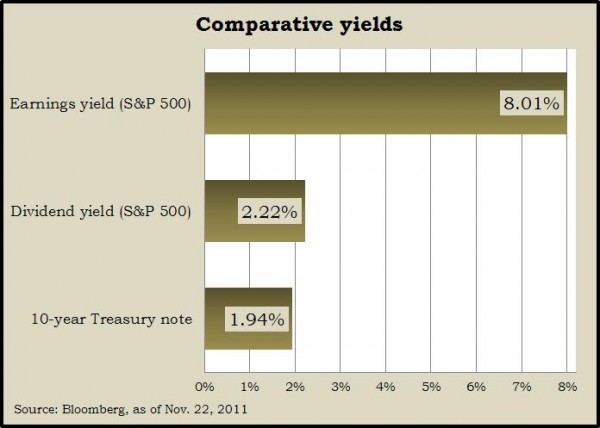 So what I’m telling you is we’re now trading at 11 times next year’s earnings. That’s cheap no matter how you measure it. It could get a little cheaper if we have additional problems in Europe.

But you look at the fundamentals, and then you look at the macro economy – where a big chunk of the world is still growing pretty rapidly – and that leads me to believe that earnings will continue to do well at a time when we have a mindset in the United States that – “Oh my goodness, housing is never going to recover. Oh my goodness, we’re never going to create enough employment for all the people who want to work.” And on and on and on and on.

I get all that. But I get the disconnect from it, because to forecast stocks, you have to forecast earnings. And as long as earnings are going to do pretty well, I know that ultimately stocks will recover.

The problem that most people have is that volatility has been extreme. The call volume is up. The markets don’t normally get this bumpy. The Dow Jones Industrial Average has been trading within about a 1400-point range. We test the top of the range, we go down to the bottom of the range. We’ve made four roundtrips since the end of July. That’s a lot. And it’s very unnerving.

If your portfolio is well-balanced and properly positioned, you don’t have to do much of anything. Batten down the hatches ahead of time. When you see the black clouds on the horizon, you’d better be just finishing up your safety maneuvers, not just starting them.

If you have half your money in bonds, the money that you have in stocks may not be money you’re going to need for 10 years or more. And I’m pretty confident that over the next 10 years stocks will do well. 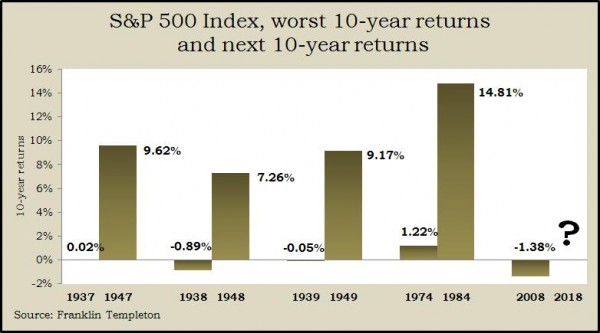 You look at the other times where stocks have lost ground for 10 years, and you’ll see that the next 10 years, stocks did great – in all cases. That’s not to say that positively stocks will do great in the next 10 years, but I think once you get past the immediate liquidity issues in Europe and people refocus their energy and attention on earnings and realize how inexpensive the market truly is, we’ll get to higher heights.