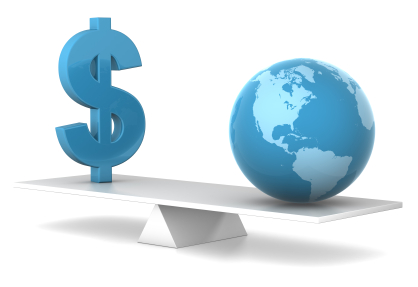 Investors have a conundrum. They need to reconcile the differences between the bond market and the stock market.

The bond market is suggesting that the economy is slowing, that perhaps we are heading into a recession and that the lack of economic growth is causing interest rates to go down along with prices for oil and gas and most other commodity groups.

On the other hand, the stock market is at all-time highs, suggesting that the economy is growing, that the index of leading economic indicators is accurate in forecasting better times ahead.

Ever since the government launched stimulus programs aimed at ending the Great Recession, many commentators and Wall Street analysts have been fanning fears of higher inflation. Those forecasts, of course, have turned out to be incorrect. Most measures of inflation are barely above an annual rate of 1%.

Still, some suggest that lower interest rates and lower commodities prices are due to the slowdown in China and Europe, that they are signs of a pending slowdown in the United States. In other words, that the bond markets are right, and the economic indicators are wrong.

I believe that the U.S. stock markets and bond markets are both correctly forecasting what’s ahead.

The bond market is right in forecasting subdued inflation for the better part of the next five years. Forward-looking prices on Treasury Inflation-Protected Securities essentially offer no premium over the underlying Treasury yield, showing that the markets do not anticipate dramatically higher inflation in the short- to intermediate term.

Also, we know that the stronger dollar tends to flatten the U.S. yield curve, which is yet another reason for interest rates not to go up in the near term.

Interest rates remain low not because of weak economies but because of central bank interventions.

Besides government actions, other forces are at play that have effectively reduced inflationary pressures. Inflation is primarily comprised of three components:

So the bond market is not telegraphing the slowing of the economy as much as it is reflecting low levels of inflation and central bank policy.

Historically, the stock market itself is one of the most accurate leading indicators, suggesting that the U.S. economy will continue to experience moderate to modest growth.

The Commerce Department reported that third quarter GDP rose at an annual rate of 3.9%. Together with the 4.6% increase in the second quarter, we have had the strongest six months of growth in more than a decade.

Consensus forecasts call for 3% growth next year. Since the recession ended in 2009, growth has averaged just above 2%, which is typical for recoveries after a financial crisis.

So it’s fair to say that in the United States, both the stock market and the bond market accurately reflect current conditions: An economy growing stronger along with low inflation and low interest rates.

And yes, some countries have been slowing down. The U.S. is the world’s largest economy, and we’re growing, but Number 2 is China, and it’s slowing. Number 3 is Japan; it’s in recession. And Number 4, is Germany, and it’s slowing.

The U.S. now is this island of prosperity and of fairly modest but consistent growth. We’ll need China and Japan and Europe to get going for the U.S. economy to really get back on its footings. But even the Federal Reserve suggested at its meetings in late October that the impact on the U.S. economy of slower growth overseas is “likely to be quite limited.”

While a slowdown in China and in Europe is disconcerting, I would worry more if inflation were rapidly rising.

Typically at this point in the business cycle, the Federal Reserve starts raising rates to reduce inflation, and those higher rates typically push us into recession.

The absence of inflation now brings to mind the Goldilocks economy of the 1990s – a growing economy that wasn’t too hot, and stable- to declining interest rates that were not too cold. U.S. stocks continued to do well in the second half of the 1990s in spite of the Asian financial crisis and Russia’s default on the ruble.

As we head toward the close of the year, I am guardedly optimistic that the U.S. economy will continue to grow, that the Federal Reserve is in no hurry to raise interest rates and that record profit margins will continue to produce record corporate profits, inevitably lifting stock market prices higher.