Tax me now or tax me later?

As more employers have been adding a Roth 401(k) option to company-sponsored retirement plans, many investors have been asking if they should direct their contributions to this new option instead of staying with the Traditional 401(k).  The answer requires some deliberation.

A 401(k) is an employer-sponsored retirement plan that allows contributions to grow sheltered from taxes.

The Roth 401(k) option within these plans allows the employee to save for retirement using after-tax income.  The contributions grow tax-free and in retirement can be withdrawn free from income tax.

The difference boils down to whether you pay income taxes now on contributions you make or later on the withdrawals you take.

Some commentators have made the Roth 401(k) out to be an exciting option that offers retirement savers a chance to skip taxes on income later under the notion that tax rates will be higher than they are now.  But that premise is not as good as one may suspect.

Often, the Roth 401(k) versus Traditional 401(k) comparison has focused on the difference between your tax rate when you make the contribution and the tax rate you expect to be in when you take the money out.

The flaw with this approach is that it overlooks the difference between your marginal tax rate and your effective tax rate.

The U.S. federal income tax system is progressive, which means the taxes you pay increase as you earn more.  The argument that “taxes will be higher in the future” ignores how the progressive tax system works.  Even if the marginal tax rate is higher in the future, there will still be lower brackets to keep your effective tax rate down. Understanding this is the key to understanding why investing in a Roth 401(k) does not make sense for most investors.

So even if you assume there will be a higher tax rate in retirement than your current tax rate, a portion of your Traditional 401(k) withdrawals will still be taxed in the lower brackets.

State income taxes also factor into decisions between Traditional and Roth 401(k)s. Contributing to a Traditional 401(k) while working in Wisconsin, for instance, could help you avoid paying that state’s individual income tax rate now, while your withdrawals in retirement would not be taxed if you retired in a no-tax state such as Florida or Texas.

Consider also all the tax code credits and income-based phase-outs for higher wage earners.  Without income reduction from the Traditional 401(k) contribution, you may not qualify for the child tax credit, itemized deductions, or personal exemptions.  Remember, a Roth 401(k) contribution is made after taxes. It does not reduce your gross income, so to the IRS it will look as though you made more money.

As always, confer with a trusted tax professional on your own individual situation.

Taxpayers well into the top marginal tax bracket should consider the Roth 401(k).  When gross income exceeds $1 million, the marginal and effective tax rates begin to converge.  Such individuals also are likely to have retirement income from other investments that will keep them in the highest tax bracket.

Younger workers such as teenagers and college students also could be good candidates for a Roth 401(k).  Because their wages are low, they are much less likely to owe taxes on income, so both their contributions and their later retirement withdrawals could be tax-free.

Also, you might consider the Roth over the Traditional 401(k) if you currently live in a state with no income tax but plan to retire in a state that does have an income tax.

In the end, choosing between a Roth 401(k) and a Traditional 401(k) requires a careful analysis of your individual situation.  You can contribute to both. However, most individuals, given the way the tax system works, probably would be better off adding retirement contributions to their Traditional 401(k).

Steven R. Giles is a vice president at Landaas & Company. 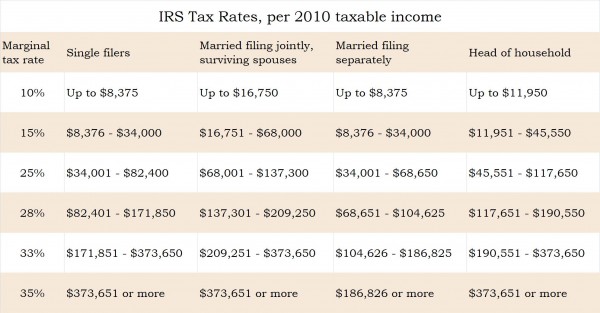