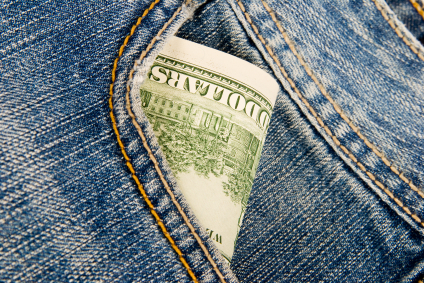 The day before prom for Whitefish Bay High School, Greg Lippe tells students in his class to enjoy themselves. He also advises: “Make good choices.”

His guest speaker says pretty much the same thing – about personal finance.

“You kids, if you start putting away a few hundred dollars a month now, you’ll be millionaires by the time you’re in your sixties,” says Art Rothschild, vice president at Landaas & Company. “You don’t have to invent the next computer thing. All you have to do is put money away. Earn what you can. Put it away. Think about tax-effective ways to save.”

It may be a while, presumably after college, when most of those students will have a chance to fully implement Art’s advice. But the fact that they’re hearing such wisdom now puts them in better standing for the future.

Researchers at the Center for Financial Security at the University of Wisconsin-Madison recently reported that what we learn as schoolchildren can help us with our money when we’re older.

Research based on a study involving more than 6,000 Wisconsin high school graduates from the Class of 1957 suggests that especially for those with a college degree, high school math factored in to how well the retirees are able to manage their money. For those who didn’t finish college, IQ affected financial literacy.

Studying personal finance in high school – before you have much experience with money – may seem premature. But Lippe says students very quickly appreciate the lessons they learn. When he was in graduate school, Lippe surveyed about 400 college students on the matter.

“The vast majority of those college students said, ‘I should have taken a personal finance course,’” he recalled. “As you get older, you start to realize, ‘Wow, I don’t really have what I need here.’ It becomes more important to you.”

In fact, a nationwide survey from American Express found that among 20-somethings:

Based on conversations with other state business education teachers, Lippe figured that about 30% of Wisconsin’s high schools offer a personal finance class. He has been teaching the subject for five years.

“The fundamentals are what you’ve really got to emphasize,” Lippe said. “You’ve got to save money. You’ve got to be really careful about debt. There are a million other things. But if you really boil it down to two or three things, that is probably it.”

Lippe nodded. “Make good decisions. If you can save money and if you can reduce and manage your debt, boy, how many Americans can’t do that?”

Inspired by his visit to a high school personal finance class, Art Rothschild devoted his most recent monthly newspaper column to the topic of how to become a millionaire. The keys, he says, include starting early, being disciplined and asking for professional help if you need it.

#Inflation continues to shy from 2% Federal Reserve target. Talk of prospects and what they mean for #investors in… twitter.com/i/web/status/1…