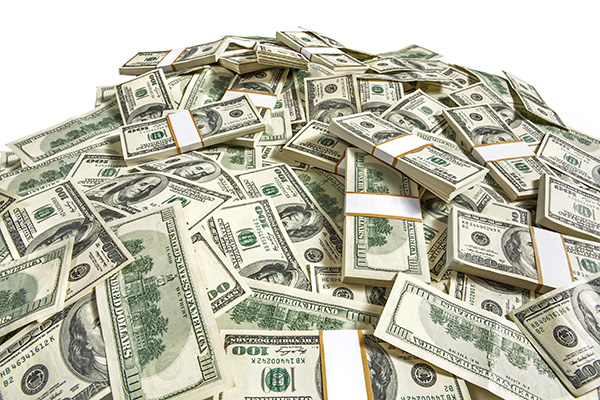 Corporate cash holdings hit record levels in 2014 reaching roughly 30% of corporate assets. What those businesses choose to do with their excess cash, besides continuing to accumulate it, has different consequences for long-term investors.

Essentially, corporations have three options with their cash: Investing in other companies, giving back to their shareholders or investing in their own operations.

Corporate cash flowing to other companies through M&A’s have been on the rise since the recession. Besides lots of cash, companies have historically low interest rates to help fund mergers and acquisitions. This May, M&A activity hit $245.5 billion, surpassing the previous record from May 2007. In late July, third-quarter activity was on unprecedented pace to eclipse $1 trillion.

There has been a significant uptick in share buyback announcements and actual repurchases since the financial crisis, also fueled by record cash and low borrowing costs. S&P 500 companies have spent $2.7 trillion in stock repurchases over the last six years.

As for dividends, S&P 500 companies have set 12-month payout records for four consecutive quarters, according to FactSet. In the latest period, dividends per share grew 11.9%. And analysts predict that dividends per share will grow another 8.2% over the next 12 months.

Although the share of spending on capital expenditures – plant and equipment or research and development – has risen from the recession, such commitments remain below their levels in the early 2000s. The increased number of buybacks, M&A’s and dividends have taken away money that historically may have gone toward these types of investments aimed at long-term business growth.

In the short term, buybacks typically help boost share price for a particular company. They have no effect on earnings, but they do reduce the amount of shares outstanding, which causes earnings-per-share to increase.

Investors also typically take the announcement of a buyback as good news since a company’s belief that investing in themselves is a good use of their cash is seen as a positive sign. Often companies don’t buy back all the shares they authorize for repurchase.

Between dividends and share buybacks, dividends tend to be more beneficial to long-term investors. However, it is easier for companies to announce a buyback because an increase in dividends is a more long-term commitment. The potential of having to lower dividends again in the future could have an adverse effect on their shares. So, even while dividends have been on the rise, the real craze with excess corporate cash has been with buybacks.

Longer term, however, that cash could have been used for other business spending that may have provided more growth for the company.

It will be good news when we begin to see capital expenditures increase because this is what creates an opportunity for long-term revenue growth for businesses and potentially greater earnings.

One reason to expect buyback programs to ease up is that the Federal Reserve’s eventual increase in interest rates will raise the costs of companies’ heavy use of proceeds from debt sales to help fund repurchases.

With companies still sitting on record levels of cash, eventually they will need to increase their spending on things that improve their earnings growth potential in the long term rather than what may appear attractive to shareholders in the shorter term. When that time comes, it will be good news for long-term investors.

Isabelle Denton is a registered representative and investment advisor with Landaas & Company.