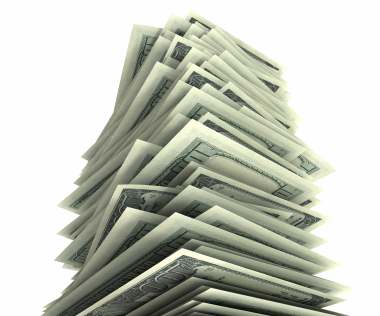 My 8-year-old nephew asked me to play a new board game with him. Ten minutes into the match, I realized he wasn’t using his best pieces. He had put them off to the side for safekeeping.

“Jordan, why don’t you use your top pieces?” I asked him.

“These are special,” he responded, matter of fact. “I don’t want to lose them.”

Business CEOs have been behaving the same way with cash. Corporate coffers have swelled with cash in recent years – hoarded in some cases. But at 0% interest, cash is a very unproductive asset.

With the economy on the mend, revenues growing, balance sheets strengthening and corporate profits at all-time highs, investors are asking, “Why don’t you use some of that cash?”

Businesses are answering. Some have begun returning cash to shareholders through increasing dividends or share buybacks – aimed at boosting stock prices. Most noticeably, Apple – which holds the largest cash balance in business history – has agreed to pay a modest dividend for the first time in nearly two decades.

If business (en masse) were to deploy their cash, it could fundamentally change stocks’ Price-to-Earnings (P/E) multiple.

The P/E ratio gauges the relative value of stock prices. Currently, stock multiples are below their historic average, suggesting that stock prices do not fully reflect how profitable businesses have become.

In the past few years, corporate profits have surged but stock prices have lagged. Even with the recent run-up in the market, valuations are still in a range below historical norms. The disconnect between profits and stock prices can be attributed, in part, to investors’ general unwillingness to own stocks. But it can also be tied to the mountain of cash on corporate balance sheets.

Cash is not contributing a penny to Earnings per Share (EPS). A large unproductive asset on corporate books, like cash, helps justify the low multiples we see today. When businesses begin to put that cash to work, using all their assets to contribute to EPS, we would likely see multiples expand.

CEOs are aware of this, too. They know they don’t get paid big bucks to babysit cash. They get paid to grow earnings.

Economists are anticipating businesses reallocating cash. For the S&P 500 Stock Index, conservative estimates peg Earnings per Share to be $130 by 2014 – a 34% increase from today! And the market probably won’t wait until 2014 to make a move.

CEOs are not the only ones to blame for holding excess cash. It’s investors, too.

As of the end of 2011, U.S. mutual fund investors held $2.6 trillion – with a T – in cash. In addition, U.S. savers are holding another $6.9 trillion in bank savings and small-time deposit accounts. Together, that’s $9.5 trillion consumers have on the sidelines. That is more than the total outstanding mortgage debt for all U.S. consumers.

After a decade of volatility, cash has become the emotionally easy choice. A moderate amount of cash has a place in any balanced portfolio, but excessive cash can put your retirement goals in jeopardy.

Are you holding more cash than your retirement goals or portfolio needs would dictate? Prudently investing some of it could boost your personal GDP!

My board game with Jordan eventually ended.

“How did you think that went?” I asked when we were putting the game away.

“Bad. I lost,” he said with a huff. “I should have used those pieces.”

Adam Baley is a registered representative and associate at Landaas & Company.