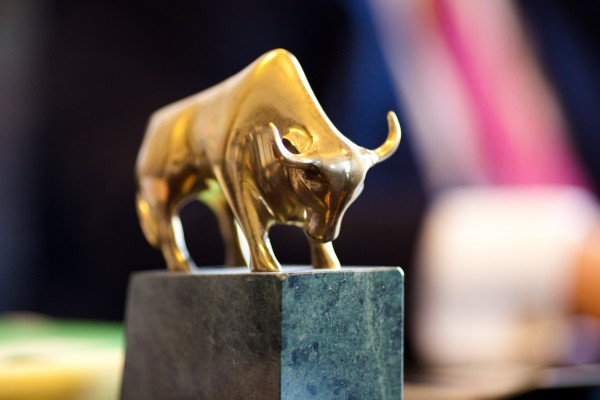 “I just marvel at what I think has been the most spectacular market recovery at least in my lifetime,” Art said during a Money Talk podcast. “At that point,” he said of March 2009, “we were at the point of maximum despair. No hope. The economy was at the bottom. We had given back 12 years’ worth of gains.”

Just last summer, some pundits warned of a second recession, a double dip after the deepest downturn since the Great Depression. Instead, the Gross Domestic Product is at record levels and growing at a forecast pace of 2.2% a year.

“We’re past the point at which we’re considered just a recovering economy,” said Bob Landaas, president of Landaas & Company. “There’s going to be a period in here – maybe even two or three years – where we’ve got this sweet spot. The economy’s not too hot, not too cold – just about right. We’ve got record levels of profit. We’ve got the Fed on record saying they’re not even going to touch interest rates until at the earliest 2014. So a guy like me says, ‘Hmm, this is pretty nice.’”

Most of the economic slumps in the last 70 years have involved the Federal Reserve raising interest rates to try to reduce inflationary pressures, Bob said. But with jobs and housing still far from their pre-recession levels, the Fed has said it plans to keep interest rates at historic lows.

That buys time for stocks to grow. Among the favorable factors:

Low multiples. A fundamental way to determine the value of stocks – price divided by earnings per share – suggests bargains. Lately, the P/E for the Standard & Poor’s 500 Index, excluding companies with no earnings, has been about 13, compared to long-term averages between 15 and 17.

“The laws of physics are pretty accurate,” Bob said. “The fact that we’ve been below mean for a number of years tells me that at some point, perhaps the near future, we wind up toward the more normal multiples of 15 to 17, let alone the higher multiples that we’ve been able to support in low-inflationary environments.”

In other words, if the P/E got back to 15 from 13, with no change in earnings, stock prices would have increased by 15%.

Individuals on the sidelines. The bulk of retail investors have shied away from stocks since the financial collapse in 2008. When they finally move money back into the market, their investments should boost prices.

By the time individual investors finally re-entered the stock market a few years after the 1991 recession, stocks already were well through the longest bull market in history, Bob said, but their participation extended the streak another 3½ years.

“That’s the catalyst for the potential expansion of the multiples,” said Brian Kilb, executive vice president and chief operating officer of Landaas & Company. “Fundamentally, nothing has to change other than people starting to feel confident again and money pours into the market.”

Weak alternatives. The long period of low interest on money market funds and certificates of deposit has been nudging more savers toward investments that don’t get lost to inflation, Bob said.

“People are slowly getting convinced that it’s going to be a number of years before you see rates higher. So you don’t have a whole lot of picks,” Bob said. “The point is enjoy this ride, folks. We’re right in the middle of the cycle.”

Less to fear. Worries such as economic fragility and an imminent threat of sovereign defaults appear to be diminishing – at least for now.

“It’s quite possible, after all the stuff we’ve gone through in the past few years, that we’ll have a nice, quiet year,” Brian said. “What if we continue to make progress and we don’t have singular events that scare the pants off everybody? If that continues to be the case and we have the kind of year where fear is in the background, people can go back and appreciate the underlying nature of an environment with low interest rates and significant earnings.”

Of course, the unexpected still could occur. Around the same time last year, the economy and markets were rising when the earthquake, tsunami and nuclear disaster struck Japan. Even though many analysts had expected 11th-hour accommodations of the U.S. debt ceiling in August 2011, few had forecast how damaging political dysfunction would be, including a downgrading of America’s credit rating.

Accounting for the unexpected is another reason for investors to be broadly balanced in their holdings. Art said clients who have been so positioned have benefited from the three-year rise in stock prices.

“We constantly have them cautiously invested,” Art said. “They’re constantly in well-balanced portfolios so they don’t have to worry about when it’s time to get back in the market because they’ve been in the market. They’re benefiting this year from long-term strategies we’ve been putting in place – for many of them, for decades.”