Balance between stretching and snapping 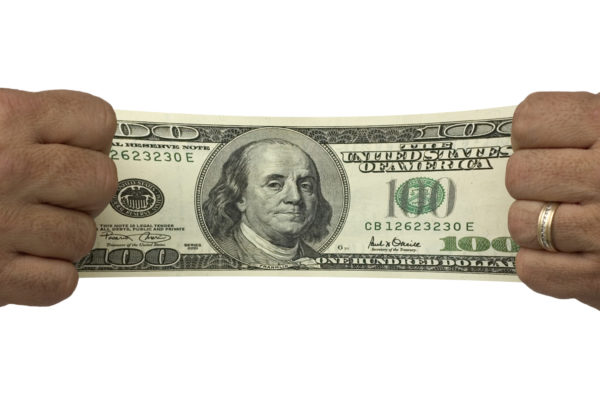 If the January Barometer is any indication of the year to come, 2018 is shaping up to be exceptional. As the adage goes, “As January goes, so goes the year.” With the S&P 500 up nearly 6% already in the first 14 trading days of 2018, investors have gotten off to a good start.

Of course, the January Barometer doesn’t always pan out. The S&P 500 fell more than 5% during the first month of 2016. Investors could have chosen to pull back out of fear of further declines. Instead, the markets rallied through the rest of the year, returning nearly 12% (including dividends) for 2016 – thus, rewarding the patient investor.

The January Barometer is just another way amateur investors attempt to divine the direction of markets. It is wiser to focus on what truly matters to long-term investors: Interest rates and earnings. Given the late stage of this economic cycle, we should also consider valuations, specifically, the price-earnings (P/E) ratio.

The P/E ratio measures how much investors are willing to pay for a dollar’s worth of corporate earnings. As a result, higher P/E ratios tend to correspond to more expensive stocks. In periods of high volatility, investors are skittish and less willing to pay for earnings, and P/Es tend to be lower. P/Es tend to rise in periods of extended growth and low volatility, which has been the case lately.

With the recent strong performance of U.S. stocks and the favorable economic landscape, the forward P/E for the S&P 500 has been stretched to around 18.5 times 2018 earnings. On average, over the last 25 years, that number has been closer to 16. Such strained valuations have been supported by investor optimism and low interest rates, but they also have raised concerns about the duration and extent of the current bull market.

Think of a rubber band being stretched between two hands. As the hands pull farther apart, an increasing amount of potential energy builds within the rubber band. Even young children quickly learn to avoid extending the band too far or suddenly letting go of one side, lest they receive a painful lesson in physics. The more you stretch the band, the more it’s going to hurt if it snaps back.

Much like those two hands, interest rates and earnings are holding fast to the rubber band of stretched valuations.

Interest rates have risen from post-recession troughs but remain historically low. As a result, investors have preferred the opportunity of stocks, where a 2% dividend on the S&P 500 and the potential for growth look much more attractive than the modest interest available from safer alternatives. As long as low rates persist, investors will be willing to pay a little more than average for stocks.

The same with higher earnings. Forecasts for the S&P 500 call for earnings to grow by as much as 15% in 2018, which would be the biggest gain since 2010. Much of the anticipated growth would come from the tax overhaul and its reduction in corporate tax liabilities, which will free up cash for increased share buybacks. As with low interest rates, higher earnings growth encourage investors to pay a little more for stocks, as they have done in recent years.

A stretched rubber band doesn’t snap back on its own. Something has to give. One of the hands holding it in place – earnings or interest rates – loses grip. Or, less typically, the band is pulled so far and for so long that it breaks.

There are reasons for investor optimism. Inflation remains subdued, allowing interest rates to stay low as earnings continue to grow. That suggests more room for the bull market to run. However, as with the rubber band, the further valuations stretch and the longer the bull runs, the more potential pain investors can expect if stocks snap.

Of course, the rubber band doesn’t have to snap. The stock market could simply slow down, allowing earnings to catch up with the considerable run up in stock prices. That would relieve some of the pressure of stretched valuations, lessening the potential energy from the rubber band. Such an outcome may result in a slower growth rate for stock prices, but it could spare investors the pain of a major correction.

Investors also have the protection of balance. Being aware of the additional tension being placed on the stock market, investors should recognize that now is not the time to blindly increase exposure to areas of the market where valuations are already expensive. Rather, refocus on the role that balance plays in an investment portfolio.

Like a child who learns the pain of the rubber band snapping back, investors need to assess their tolerance for such outcomes and balance their portfolios accordingly.