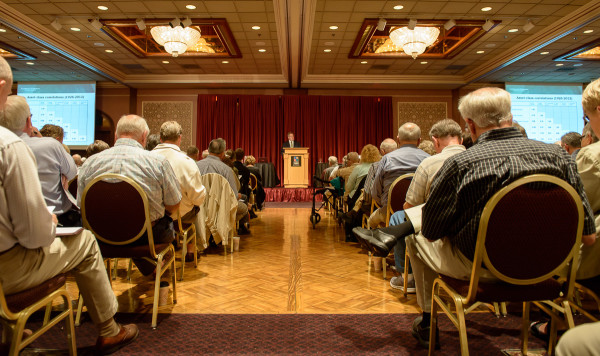 2) Name the two fundamental determinants of whether stock prices go up or down over the long run.

3) Interest rates act as a discount mechanism for determining the current value of stocks, so continued low interest rates suggest …

4) Since the Federal Reserve raised short-term interest rates in December 2015, financial media have anxiously anticipated the next increase. Bob says he’s not as concerned about when as he is about …

6) As measured by gross domestic product, the U.S. economy has never been bigger. Which of the following has NOT been a strong contributor to economic expansion?

7) Which of these does Bob see as a possible drawback for further U.S. economic growth?

8) Eight of the last 10 recessions followed Fed rate tightening to control runaway inflation. Why doesn’t that worry Bob at the moment?

9) For decades, the Efficient Frontier suggested investors could optimize the tradeoff between risk and return with a portfolio of about 50% stocks and 50% bonds. Why is Bob saying that a stock/bond split closer to 60/40 is more appropriate?

10) Which of the following is NOT a reason for a 4% annual withdrawal strategy from a portfolio that’s 60% stocks and 40% bonds?