Putting housing in its place 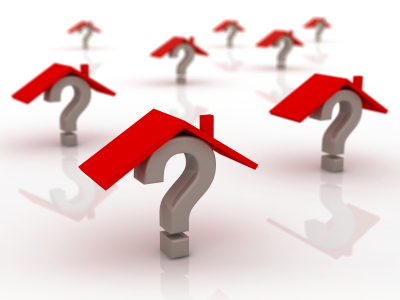 Finally, after 17 years of putting up with slashed linoleum, buckled hinges and plastic drawers, my wife and I have relented to remodel our kitchen. It’s a 1970s do-it-yourselfer addition thrown onto a 1920 Dutch Colonial – a black velvet Post-It slapped alongside a Georgia O’Keeffe.

Of course, money is the reason we have put off this undertaking. Since we bought the house, we have prioritized other projects for our limited resources – roof replacement, retirement funds, window replacement, college funds, medical needs, vehicle replacement and so on.

And then there’s the question of how much longer we’ll live in this house. As we envision ourselves years from now – as empty nesters, eventually as retirees – how much is this remodeling for us, and how much is it for the family that replaces us?

Americans have a peculiar relationship with housing. Through traditions codified by income tax incentives, we tend to see our houses not just as homes but as investments. 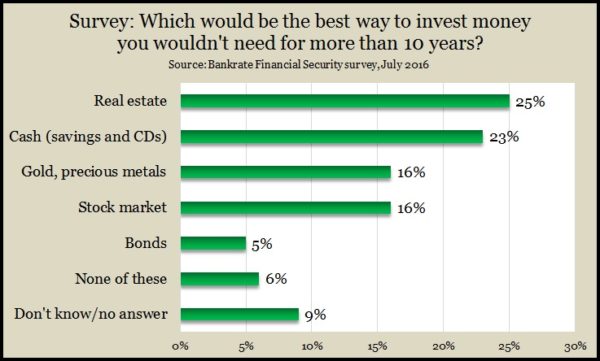 One in four Americans chose real estate as the best place to invest money long-term, according to the Bankrate Financial Security survey. Real estate was the top investment choice even though at the time of the survey, housing prices had not recovered yet from their 27% plunge following the 2008 financial collapse.

The acclaimed housing economist, Nobel laureate Robert Shiller, says homes are and have been “disappointing investments.” In the past 100 years, home prices have gained an average of only 0.6% per year after inflation, according to research by Shiller, who repeatedly has touted stocks as a better long-term investment.

The survey respondents ranked stocks next to gold as the third-best way to invest, even though by the time of the survey, the S&P 500 had climbed 38.5% above its pre-recession peak.

Some economists worry that Americans bank too much on housing. New data from the Federal Reserve show that through the end of 2016, we collectively have more money in our homes than in pensions, 401(k)s and IRAs. Home values represent more than one-fifth of total household assets. Mortgages account for nearly two-thirds of household debt.

Housing economists at Harvard estimate that home equity makes up 42% of the median net wealth of Americans 50 and older. “Having housing equity be the primary source of net wealth poses risks for older homeowners,” they note.

We know better than to put all our eggs in one basket, but putting too many of our eggs in our nest, so to speak, can compromise the nest egg we need for retirement.

For What It’s Worth
Learn how we got the term “nest egg.”

Not only would too much of our wealth be at risk should housing prices decline again, but houses don’t have the same liquidity as mutual funds or brokerage accounts. We can’t as conveniently tap our homes for cash when we need it.

To that end, more lenders are marketing reverse mortgages, which allow older homeowners to convert home equity to income without having to sell the house and move. Such arrangements can appeal especially to lower-income retirees who are relatively house-rich and cash-poor. But the risks associated with reverse mortgages are severe enough to have inspired a number of government warnings.

The point of all this is not to discourage homeownership but to encourage – as in most endeavors – moderation. Specifically:

In other words, think of your home as your castle, not your bank.

At our house, my wife and I have decided to take more enjoyment from the kitchen that we have wanted to improve these many years.

We’re doing it for ourselves. But we also are thinking of our replacements. We’re selecting layouts and materials and color schemes that we like – but that aren’t likely to scare away prospective buyers down the road.