Not your parents’ investment plans 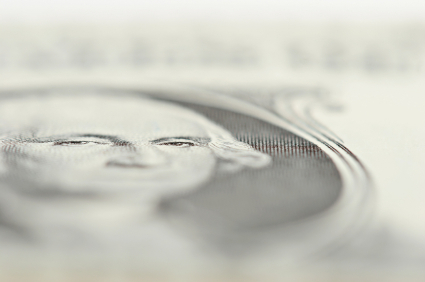 Our families are shrinking. My wife and I have three children. My parents had seven. My dad’s parents had 13.

It’s a trend with concerns that are both very personal and global.

Earlier this year, the Chinese government told its citizens they could have more than two children per family, an acknowledgment of a looming demographic crisis: Declining pools of younger people supporting a burgeoning population of elders. Similar concerns face the U.S. where Social Security trust funds have begun to spend more than they take in, and reserves are set to be depleted by 2035.

On a personal level, having smaller families has been affecting how we try to accumulate wealth and what we do with it.

“This isn’t your parents’ planning cycle,” Dave Sandstrom said. “There’s no road map like your parents had that’s going to work for you today. The dynamics are considerably different.”

For my parents, the road map seemed straightforward. My dad worked to keep a roof over our heads and food for my mom to put on the table. His company guaranteed a pension for their retirement.

If we kids decided to go to college, it was up to us to pay for it. But then tuition was low enough that we could pretty much cover a year of college with what we earned from a summer job.

“How things have changed!” said Dave, who grew up with seven siblings.

“I set up an educational account within a week of when my son was born,” said Kendall Bauer,  whose parents had 10 children.

Kendall has seen five-figure college loans holding back young couples from such life events as buying a house and starting a family, which also figures into having fewer children.

I was 27 when I met my wife, 31 when we married, almost 35 when our first child arrived. By that age, my dad already had five kids.

I wanted to have our ducks in a row before starting a family: Steady employment, a house, a sense of stability. When my folks became parents, they were in their early 20s living with my grandparents.

Another intergenerational game-changer has been the increased participation of women in the workforce. When I was born, my mom was among the 63% of American women who weren’t working outside the home. When I became a parent, 58% of women were in the work force, including my wife.

Dual-income families also contribute to the growing wealth of households, which reached $129.4 trillion in assets through the first quarter of 2021, up seven-fold from $17.4 trillion in 1987.

Between the decline in pensions and the rise in both the value and cost of college, families have been bearing a greater burden of saving and investing. And increasingly, parents extend financial support long after their children are grown.

A 2017 survey by the National Endowment for Financial Education found that 68% of parents supported their adult children—ages 18 to 39 and not students. That was up from 59% in 2011. Most commonly, parents assisted with adult children’s expenses, including mortgage payments, rent, utility bills, groceries and cell phone plans.

“Everything is much more planned and structured,” Kendall said. He and Dave offered some advice.

The sooner the better. Identifying objectives, setting expectations and strategizing how to grow assets shouldn’t be put off, especially considering the role of time in compounding investment returns.

“Compound earnings and compound interest are probably the most significant and powerful tool you have available in your investment toolbox,” Dave said in a Money Talk Video.

It may be tempting to address financial needs in the order they occur, but Dave and Kendall caution against postponing retirement investing while trying to accumulate money for a house or a child’s education.

“The focus has to be on your own retirement,” Dave said. “You don’t want to be a burden on your kids when you’re 80 and struggling to cover your living expenses.”

Providing for eventual retirement doesn’t preclude families from investing for more immediate objectives, Kendall explained, but retirement should be first in line.

“If you feel like you can’t save for retirement, try to at least put in as much as your company will match,” Kendall said.

Parents near or in retirement should consider how their wealth is managed for the rest of their lives but also where they want any remainder to go after they die.

Americans 70 and older control nearly $35 trillion, or 27% of the nation’s household wealth, according to the Federal Reserve, up from $4 trillion, or less than 20% in 1991. Research by Cerulli Associates shows most of that wealth passing down to families in the next 20 years, which suggests investors need to consider the consequences of what they leave their children.

“It’s important to understand tax implications of inheriting qualified accounts like IRAs,” Kendall said. Tax and investment professionals can suggest ways to lighten the tax burden of beneficiaries, including possibly gifting some of the inheritance before the parents die.

“That’s a way to start giving them money in advance, where it gives them an opportunity to start saving for retirement and form a relationship with an advisor,” Kendall said.

The children benefit from knowing what to expect eventually from their parents so they can be prepared, Kendall said. Plus, connecting the children with financial professionals familiar with the parents can help smooth transitions as wealth passes from one generation to the next.

Acknowledging that some people are reluctant to talk about money with family, Kendall added that conversations can still be facilitated without disclosing every detail.

“There are ways of keeping kids informed without divulging numbers,” Kendall said.

Also, keeping children in the loop positions them better to help parents as their cognitive skills decline with age. Smaller families means fewer children to share the responsibilities of caring for older parents. Familiarity with their parents’ advisors can help adult children provide useful support to the professionals.

We occasionally mention our finances to our children to make them feel comfortable talking not just about our situation but their own. We introduce them to people and practices that we’ve found helpful, knowing they’ll do their own thing but hoping our experience matters.

In the end, like most parents, whether they have three children or 13, we want the next generation to be better off. We hope that whatever wealth we can pass along—financial assets, knowledge, experiences—will help them prosper.