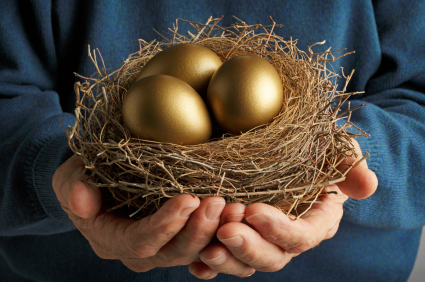 On a Sunday afternoon 18 years ago, when the Packers were playing the Baltimore Ravens, I got a call from the hospital. A friend had had a stroke.

As strokes go, apparently this one was mild. Months later, the friend called to ask me for the newspaper from the day after he was hospitalized so he could follow up on the Packers coverage he had missed. He is a sports fanatic with a remarkable recall for player stats and highlight reels. At least, he used to.

Occasionally since his stroke, I have caught my friend inaccurately quoting scores, misnaming players, even misreporting which team won. Whether from the stroke or the cognitive loss that all of us suffer as we age, he isn’t as sharp as he used to be.

I keep his errors to myself. I don’t correct him. So he says the wrong team won. No big deal. Except, what if he’s slipping up on matters less trivial than sports?

Indeed, a growing body of evidence shows our cognitive skills – beginning with our ability to manage money – decline in our later years.

Studies have found that even adults with no known cognitive deficiencies gradually lose some control of their financial faculties and have dimmer memories of instructive personal experiences.

Researchers have estimated that the peak decade for financial literacy is in our 50s and that about half of everyone in their 80s is diagnosed with a cognitive impairment or dementia.

Our accumulated knowledge and familiarity with finances can help offset some of the declines, but typically our abilities to process information and to reason start going downhill about the time we are ready to retire. That raises concerns in a retirement system increasingly relying on individuals to make their own decisions.

A recent report from the National Institute on Aging cites studies suggesting that about 1 in 6 Americans over 65 has been taken advantage of financially, together losing at least $2.9 billion a year. In 2015, the Financial Industry Regulatory Authority established a Securities Helpline for Seniors, which has helped older retirees recover investment money lost through fraudulent advice.

“The level of financial literacy among the older population provides reason for worry. Not only is financial illiteracy widespread but it is particularly severe among older women and the older old,” Annamaria Lusardi, a Georgetown University economist, wrote in a paper for the American Society on Aging. “Moreover, older individuals display poor outcomes in both asset and debt management and face increasing risk of frauds and scams.”

A briefing paper from the Federal Reserve noted that individuals often lose financial skills faster than their families can respond.

“(A) person’s ability to make appropriate financial decisions can rapidly decline after middle age,” according to the Fed. “This suggests some urgency for making plans for possible incapacity, such as setting up powers of attorney, joint accounts, and trusts to handle critical financial decisions.”

Declining financial skills may be as inevitable as health complications as we age. We need not fret them as long as we are aware and take steps to protect our wealth from ourselves. Here are some suggestions:

My friend who had the stroke eventually declared bankruptcy. I don’t know what role the stroke played – beyond maybe amassing medical bills. He has a relative handling his finances now, which gives me some peace of mind.

At least now when he tells me the wrong score, I’m not worrying about what else he’s missing.