For What It’s Worth: Ducks in a Row 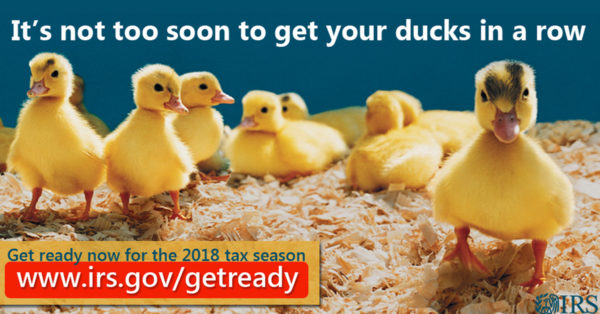 I took a cue (or queue) from a meme tweeted by the Internal Revenue Service. It encouraged taxpayers to prepare for the filing season by getting their “ducks in a row.”

I am familiar with the expression, which means to get ready by arranging and organizing, by getting your facts straight. I wondered, though, about its origin. I wasn’t alone.

Several internet sources offered suggestions for why we say “get your ducks in a row.” Among them:

Considering all those, I was walking with my family by the Milwaukee Art Museum last month and noticed a gaggle of geese sunning themselves on the frozen lake. Several of them happened to be arranged in a strikingly straight line. (Some got up and moved by the time I snapped this photo.) 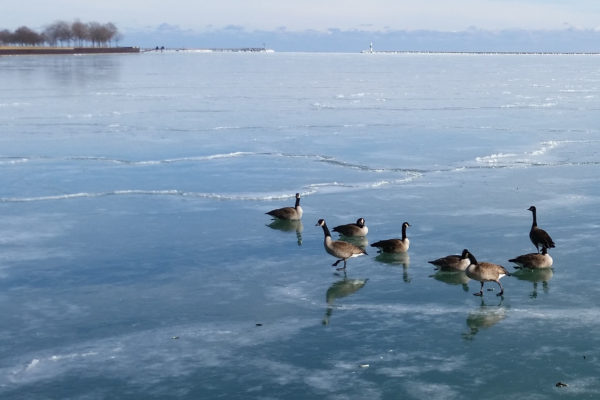 Now, I know that geese are not ducks, but their formation on the ice reminded me of another expression that goes along the lines of, “If it looks like a duck and walks like a duck, it’s a duck.” That’s what’s known as the duck test, an example of abductive reasoning, in which you choose an explanation that makes the most sense based on the information you have.

Given that, I’d say “get your ducks in a row” probably comes not from some game of amusement or odd-duck drafting tool but from observations of real ducks purposefully aligned.

I think of the children’s book “Make Way for Ducklings,” where a mother mallard marches her brood through busy Boston seeking a suitable home. She got her ducklings in a row so she could safely guide them to the Boston Public Garden (where their fictitious adventure is immortalized in bronze).

Likewise, we get our ducks in a row for filing taxes – arranging our W-2 forms, 1099s, account statements, receipts and so on, putting them in order, as we prepare to fill out our tax returns.

As entertaining as it is to concoct origin stories from one-off meanings, it smacks of quack etymology. I’d rather get my ducks in a row and – absent contrary evidence – rely on the obvious as an explanation.

Other Money Talk articles from Joel.