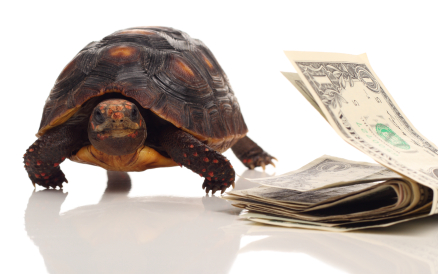 Imagine her fairy godmother extending Cinderella’s curfew by an hour.

So, instead of the gown reverting to rags and the coach to a gourd when the clock strikes 12, Cinderella gets an extra 60 minutes to enjoy her enchanted evening.

Then consider her folly if she still leaves the ball at midnight.

Over decades, our life spans have been stretching. My grandfathers lived to be 53 and 72. My father made it to 88. I, of course, plan to surpass Dad.

Still — since 1935 — the standard retirement age has been stuck at 65. As in our version of Cinderella, despite extra time from the fairy, we’re still geared to waltz off according to the same old script.

“Thirty years were added to average life expectancy in the 20th century, and rather than imagine the scores of ways we could use these years to improve quality of life, we tacked them all on at the end,” Laura Carstensen, founding director of the Stanford (University) Center on Longevity, wrote in The Washington Post. “Only old age got longer.”

Carsten and other longevity experts are advocating for a recasting of when and how we retire. With more life to live after 65, they say, individuals should take more options for how to spend their adult lives.

“Certainly there is a time, either by choice or by circumstance, when someone may choose to retire in the classic sense,” Joseph F. Coughlin, director of the Massachusetts Institute of Technology AgeLab, wrote recently in Forbes. “However, as people live longer, and the context of life and work changes, all of us need to prepare for our own evolution not just in older age, but across the life course.”

In August, a couple of celebrities reminded us that tying retirement to an age is growing as old-fashioned as the company pensions bonded workers and their families to employment for life.

“I have never liked the word retirement. It doesn’t feel like a modern word to me. I’ve been thinking of this as a transition, but I want to be sensitive about how I use that word, which means something very specific and important to a community of people. Maybe the best word to describe what I’m up to is evolution. I’m here to tell you that I’m evolving away from tennis, toward other things that are important to me.”
– Serena Williams

At age 40, Serena Williams announced she is quitting tennis to focus more on family and other pursuits. Presumably, she can afford the change. But for most people interested in doing something other than working 40 years and then retiring, financial planning becomes more crucial.

“Financing longevity requires major rethinking,” Carstensen wrote. “Rather than saving ever-larger pots of money for the end of life, we could pool risks in new ways. Generations may share wealth earlier than traditional bequests; we can start savings accounts at birth and allow young adults to work earlier so that compound interest can work in their favor.”

Art says that knowing his clients and keeping informed of their evolving life plans has helped him advise on investment and spending strategies that suit their individual situations.

“We’re always helping people solve problems,” Art says. “This is not selling a client a product. We’ve been coaching and counseling forever.”

Carstensen, whose center has initiated a New Map of Life, contends it’s time we make more out of our extended life spans – providing for more retirements later than 65 with longer but more flexible work lives that accommodate breaks along the way for family caregiving, personal activities and career shifts.

“The thirty years added to life expectancy in the 20th century is a gift that allows us more time to live higher-quality lives,” Jialu Liu Streeter, a Stanford economist, wrote. “However, the three added decades also require careful planning to ensure that we reach the full potential of longer lives.”

Fun fact: In 1935, when Social Security established the standard retirement age at 65, it was sooner than the age of 70 set by Germany’s old-age insurance program when it began in 1889.
Source: Social Security Administration

Coughlin, of the MIT AgeLab, says planning for a longer life means relying on advisors to do more than just get you to 65 with a load of money to last the rest of your life.

“There is no science to 65-years old being retirement age,” Coughlin wrote. “It is simply a 19th century legacy ratified by the sausage-making decision processes of legislatures and corporate boards.”

Another recent celebrity announcement came from Dr. Anthony Fauci, who said he is quitting as head of the infectious diseases agency he joined before Serena Williams was born. Like Williams, Fauci defied the traditional notion of retirement.

“I am not retiring,” said Fauci, who’s 81. “After more than 50 years of government service, I plan to pursue the next phase of my career while I still have so much energy and passion for my field.”