Trying to transition off a treadmill 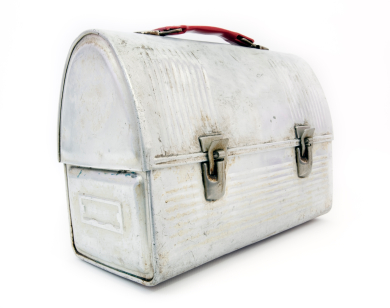 When I called a buddy for his birthday last month, our conversation came around to retirement. We had more questions than answers, and the questions weren’t so much about when but how.

More of us are working older. Nearly 64% of Americans between the ages of 55 and 64 are working, according to the Bureau of Labor Statistics. That’s a record. It also is high among the 35 countries of the (OECD) Organization for Economic Co-operation and Development, which averaged 59% as recently as 2016.

And even more of us would be working past traditional retirement age if more employers would accommodate us. Many retirees would rather be working. In fact, a recent working paper from the National Bureau of Economic Research reported:

It seems the world of work isn’t keeping up with the maturation of the work force. In April, the number of U.S. job openings exceeded the number of unemployed Americans for the first time on record. But at the same time that more employers are complaining about a lack of job applicants, they’re serving sheet cake for older employees who have cleared out their desks to head for home.

One factor that’s different between when our parents retired and now is demographics. Then, an abundance of younger workers was ready and able to fill in for retirees. Now, not only are younger jobseekers fewer, but they have less experience, thanks to eroded opportunities during the Great Recession.

When my dad retired in 1986, the U.S. unemployment rate was nearly twice what it is now. What has not changed much in those three decades is that most frequently, workers go directly – abruptly – from full-time work to complete retirement. They run long and hard on a treadmill – and then, just step off and sit down.

“I think older workers are moving quicker in this than the institutions,” said Emily Merritt, director of Intergenerational Initiatives for the Alliance for Strong Families and Communities.

The Milwaukee-based association of nonprofits is directing a three-year, $1.5 million nationwide pilot, Second Acts for Strong Communities, which is guiding 10 organizations to think more intentionally about tapping workers who are 50 and older. Employers tend to overlook the benefits of older workers, Merritt says, and even those acknowledging the virtues of a diverse workforce often don’t consider age as a component.

Research from the Society for Human Resource Management found that only one in three U.S. employers had so much as looked into the issue of the aging workforce. Some 96% of the businesses surveyed said they had no plans to try to keep their older employees.

“The apparent lack of concern about this loss of talent is somewhat surprising given the newly revived debate on skills shortages and rising recruiting difficulty,” the report said.

Studies by Boston College suggested that only 31% of employers had flexible work options for their workers; 25% said they were reluctant to hire older workers.

For employers
10 Steps for Engaging Adults 50+ Toolkit, from the Alliance for Strong Families and Communities, and Encore.org

Employers surveyed by the Society for Human Resource Management cited their organizations’ lack of flexibility as a key barrier to keeping their older workers. Specifically, they mentioned their inability to offer:

As older workers, we cannot afford to wait for employers to be enlightened. We need to advocate for ourselves. Under the right circumstances, we can negotiate mutually beneficial work-to-retirement transitions that allow us to ease our way out of an organization while helping our successors succeed. It can be a win-win for us and our employer.

The first step is to inventory all your strengths as an employee, particularly advantages you have through experience. “Boil down who you are,” says Ellie Mixter-Keller, who has been advocating for older workers since the Great Recession.

Take that list of your strengths and discuss with your employer how to arrange your work options so that you can stay productive and still transition toward retirement. Here are some thoughts:

Time. One week is 1.9% of a year. So if your employer is giving you a raise, suggest reducing it by that much in exchange for an additional week of vacation. Use that time to help figure out and practice what you want to do in retirement. Your time away from work also will help your employer adjust to the reality that eventually someone else needs to fill in for you.

Alternatively, seek flexible scheduling that allows you to ease away from the workaday routine while still accomplishing what your organization requires. If you can work four 10-hour days, for instance, instead of five eight-hour shifts, you might be able to use that extra day off to begin pursuing your retirement lifestyle.

Location. To the degree you can work remotely, explore ways in which you can continue contributing to your organization while commuting less. Perhaps your retirement plans include a summer cottage or a winter getaway. Investigate how you might work from those locations as a way of increasing your time away while at the same time extending your work life.

Skills. As you look ahead at retirement and envision what you want to be doing, consider how your extracurricular passions can be translated to your organization. Also, think about how your employment can help you hone skills you could use in retirement. I worked with a newspaper editor who had been teaching a college course on the side. His campus experience made him a stronger mentor and coach in the newsroom, especially with younger reporters. That, in turn, made him a more valuable resource when he got more involved at the college upon his retirement.

What many older workers seek, really, is the work-life balance that many younger workers have been clamoring for, says Mixter-Keller, whose title is “Encore Fellow” for the Alliance for Strong Families and Communities.

Among Mixter-Keller’s employment arrangements is that she works three days a week: Mondays and Wednesdays in the office and remotely on Thursdays.