Mortgage debt in retirement: Worth a talk 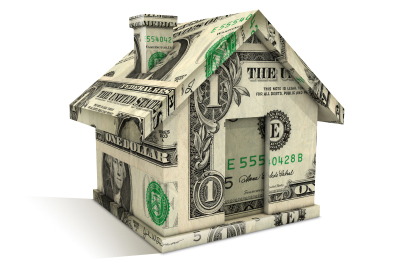 A first-of-its-kind study by the Consumer Financial Protection Bureau has found that nearly half of the Americans who retired between 1992 and 2014 couldn’t maintain their living expenses beyond the first five years of retirement.

Mortgages were a key difference between retirees who could continue their spending pace and those who couldn’t. Homeowners were nearly twice as likely as renters to be able to keep up, and among homeowners, retirees who no longer had a mortgage had a better chance than those still paying interest on their living space.

Of course, you’d prefer to have someone pay you to use your money rather than the other way around—especially in retirement, when you’re no longer earning a steady income.

In our 30 years as homeowners, my wife and I have had occasional conversations about the urgency of retiring our mortgage. Math always settles it: At a fixed rate below 4%, our home loan is costing us less than the average 6%-7% a year that balanced investments have returned historically.

The CFPB findings remind us, though, that we’d be better off not carrying our mortgage payments of roughly $500 a month into retirement. The question is, when do we pay down the mortgage and how?

Related to mortal and mortuary, “mortgage” means “dead pledge.
For What It’s Worth

“A determination about paying down the mortgage comes down to equal parts math and psychology,” Kyle Tetting says. “How do you value the certainty of entering retirement without a mortgage versus the likelihood that it might actually be more beneficial to keep that money invested and growing?”

For a growing number of retirees, debt is a consideration. Studies by the Employee Benefit Research Institute show that the proportion of retirees with debt and the level of debt keep rising. Increases were most prevalent among households headed by individuals 75 and older, 49.8% of whom had debt in 2016, up from 31.2% in 2007. Debt included credit cards, but housing debt drove increases in the level of payments.

“What’s most important is to try to reduce those fixed expenses so that we have more flexibility with our cash flow in retirement,” Dave Sandstrom said in a Money Talk Video.

Debt burdens retirees, hampering their ability to maintain living expenses. The CFPB found that 28% of retirees reduced spending levels from the first year of their retirements to the sixth. Among them, 17% cut back by 50% or more, raising concerns about the impact on their quality of life. A survey by the National Council on Aging found that older Americans regularly save money by cutting medications and skipping meals.

Overall, 51% of retirees kept up with early-retirement spending levels. The research noted particular success among:

I’m still four and a half years from full retirement age for Social Security, after which my benefit would increase by about 0.7% a month until I’m 70. That gives my wife and me some time to consider how and when to retire our mortgage.

Meantime, we’ll keep working to avoid other debt and to reserve emergency funds so we can continue contributing to our retirement accounts.

As usual, the devil’s in the details, which vary from one individual to the next. So, settling debts, including mortgage payoffs, is worth discussing with an investment advisor.

“For most Americans, mortgage payments are one of their largest monthly expenses, so freeing up that money in retirement would be a very good idea. But I don’t want you to think that it’s a deal breaker to carry a mortgage into retirement,” Dave said in his video.

“As long as you’ve planned for it, you have plenty of current income on a monthly basis to handle it, and you’re understanding of what those expenses are, carrying a little bit of mortgage debt into retirement is not the end of the world.”