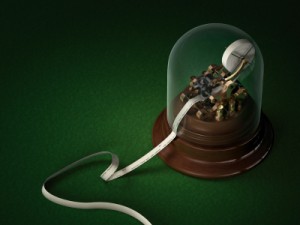 When stocks tumbled in the final month of the third quarter, shareholders cast a sense of insecurity about near-term investing, Bob Landaas told the Milwaukee Journal Sentinel.

“I think it’s clear that the markets have to get past the European debt crisis, and it’s not easily solvable,” the president of Landaas & Company told the Journal Sentinel’s Paul Gores in an article published Oct. 9.

After a month that saw the Dow Jones Industrial Average drop 6% in value and the broader Standard & Poor’s 500 Index lose 7%, Bob recommended getting back to basics. As he told the newspaper, investors need to remind themselves that earnings and interest rates ultimately drive stock prices over the long haul. And both earnings and interest rates suggest reasons for optimism for patient investors.

Landaas & Company provides the data for the Wisconsin Ticker, based on the value of hypothetical $1,000 investments made one-month and one-year earlier in each of 65 companies.