The economic recession that started in February 2020 officially ended two months later, making it the shortest downturn in U.S. history, according to the National Bureau of Economic Research. The agency said based on various measures, the U.S. economy began its expansion cycle in April 2020. The 15 months it took the NBER to determine the end of the 2020 recession matched the deliberation taken to say that the Great Recession was over. 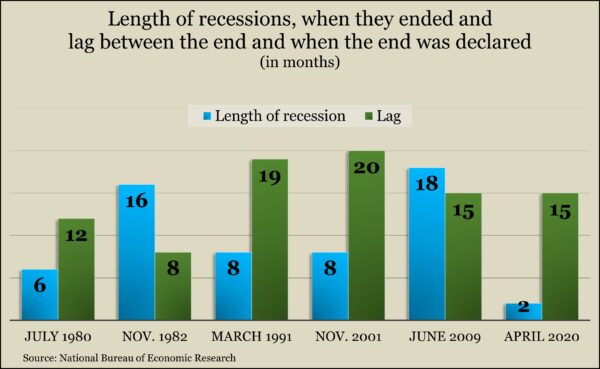 The U.S. housing market remained as hot as it has been since before the Great Recession, according to June estimates on housing starts and building permits. The Commerce Department said the annual rates of both new construction and future plans hit around 1.6 million, up more than 20% from the year before, when the economy was beginning to emerge from the pandemic-induced recession. Amid a longstanding short supply of housing, the rate of single-family units under construction reached 675,000 in June, the highest in almost 14 years. 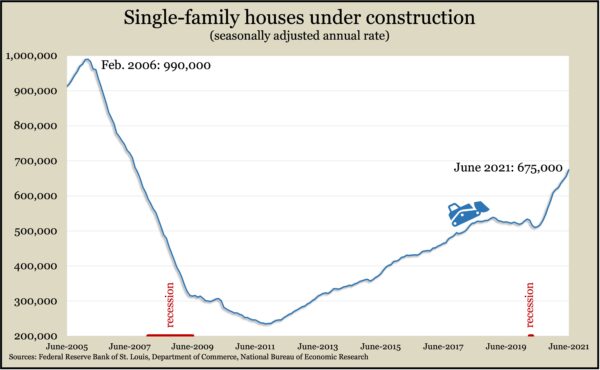 The four-week moving average for initial unemployment claims rose for the third time in five weeks, though it was more than 1 million applications lower than the year before. The level was just 4% above the 54-year average, signaling recovery in the labor market since the 2020 downturn. The Labor Department reported 12.6 million claims for jobless benefits in the latest week, down from 13.8 million the previous week. About 73% of the latest claims were tied to pandemic assistance programs that expire in September. 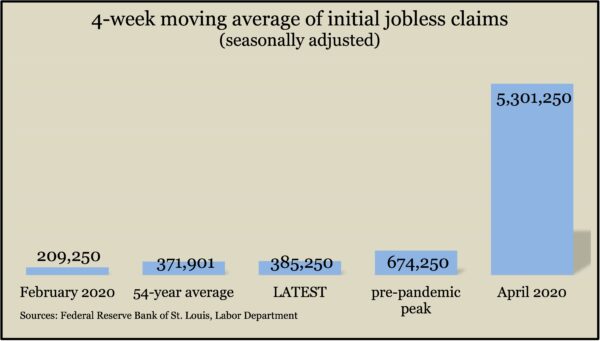 As the pace of existing home sales rose for the first time in five months in June, the median price for a house rose 23.4%, the 112th consecutive year-to-year gain, according to the National Association of Realtors. The trade group said the annual sales rate of 5.86 million houses stayed above the level reached just before the pandemic. New construction contributed to a 3.3% boost in inventory from May. Still, the number of houses for sale dwindled at a mere 2.6-month supply. The typical house sold in 17 days in June, the lowest in nearly 30 years of data.

The Conference Board said its index of leading economic indicators rose 0.7% after gains of 1.2% in May and 1.3% in April. Despite the deceleration, the business research group said indicators suggested continued broad growth in the economy with only housing permits and the average workweek declining from May. The group forecast a 6.6% expansion in inflation-adjusted GDP for 2021, which would be the fastest growth since 1984. It said GDP would rise 3.8% in 2022.