Housing prices continued to far outpace overall inflation in December with a year-to-year increase of nearly 19%, according to the S&P CoreLogic Case-Shiller index. It marked the largest calendar-year jump in prices in 34 years of data but was also the first time in several months the pace of gains didn’t decelerate from the month before. An analyst for S&P said the 20 cities tracked by the index reached all-time high prices in 2021. He also forecast that rising mortgage interest rates will slow the trend. 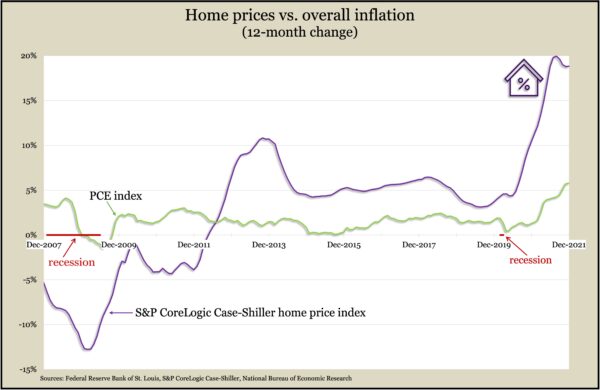 The Conference Board reported a decline in its consumer confidence index in February, the second setback in a row. Consumers had a slightly higher opinion of current economic conditions but lower expectations for the next six months. The business research group said survey results suggest a moderation in economic growth in the first half of 2022 but that consumers remain relatively confident and don’t anticipate the economy will get worse. Consumers registered more concerns about inflation in February after two months of declines. 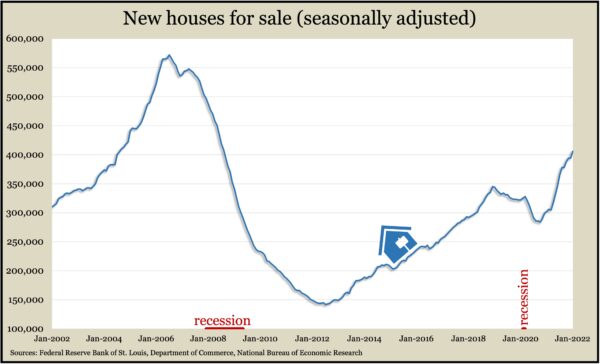 The four-week moving average for initial unemployment insurance claims declined for the third week in a row and was 36% below the 55-year average, according to new Labor Department data. Barely 2 million Americans claimed jobless benefits in the latest week, down from nearly 20 million the year before.

The U.S. economy rose at a slightly faster pace than initially estimated in the fourth quarter, with gross domestic product expanding at a 7% annual rate. The Bureau of Economic Analysis said consumer spending, which drives about 70% of economic activity, rose at an annual rate of 3.1% from October through December, down from an initial estimate of 3.3%. For all of 2021, the economy grew by 5.7%, adjusting for inflation, the fastest expansion since 1984.

Personal spending rose in January by 2.1% following a 0.8% decline in the month of December. This outpaced the 1.5% consensus estimate. The Fed’s preferred measure of inflation, the PCE price index rose to 6.1% year over year due to a 0.6% increase for the month. Personal income was unchanged for the month in nominal terms.

New orders for durable goods rose 1.6% in January and the December data point was revised from a 0.9% decline to a 1.2% gain. Increase in non-defense aircraft orders accounted for most of the headline rise. If transportation-based orders are stripped out, the January increase comes down to 0.7%. Inventories as well as unfilled orders also rose for the 12th consecutive month.

The University of Michigan reading of consumer sentiment rose to 62.8 from a previous February reading of 61.7. This remains at one of the lowest levels in the last decade as consumers weigh high inflation data and rising interest rates.