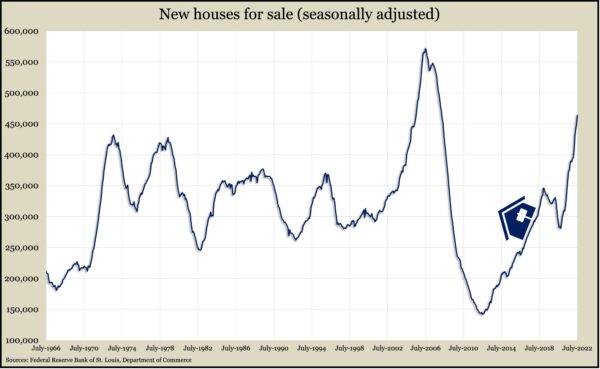 In another sign of weakened housing, the National Association of Realtors reported a second consecutive drop in pending home sales in July. The trade group said its index declined 1% from June, the eighth fall in nine months. The index was down 20% from July 2021. The association said affordability is at its lowest point since 1989, with the typical mortgage payment up 54% from the year before. However, it suggested the housing market could revive in early 2023 if mortgage rates steady and the labor market stays strong.

The Commerce Department said new orders for durable goods fell less than 0.1% in July, the first decline in four months. Commitments for commercial aircraft led a broad array of gains. Excluding the volatile transportation sector, orders rose 0.3% from June, better than analysts expected. Overall, demand for long-lasting manufactured items was up 11% from July 2021. Core capital goods orders, a proxy for business investments, rose 0.4% from June and were 10% ahead of the year before.

The four-week moving average for initial unemployment insurance claims rose for the 18th time in the 20 weeks since hitting an all-time low in early April. At 247,000 claims, the average was the highest it has been since Thanksgiving, although it was still 33% below the 55-year average. The Labor Department reported that 1.4 million Americans claimed jobless benefits in the latest week, down 2% from the week before and down from 12 million the year before.

The U.S. economy receded at a 0.6% annual rate in the second quarter, down from an initially estimated decline of 0.9%, the Bureau of Economic Analysis reported. Consumer spending, which drives about 70% of  gross domestic product, rose at a pace of 1.5%, slightly better than the previous estimate of 1%. Upward revisions for inventories, exports and spending by state and local governments also moderated the second-quarter decline. Adjusted for inflation, the economy expanded by 1.7% from the second quarter of 2021; it grew 2.6% from the end of 2019, just before the pandemic. 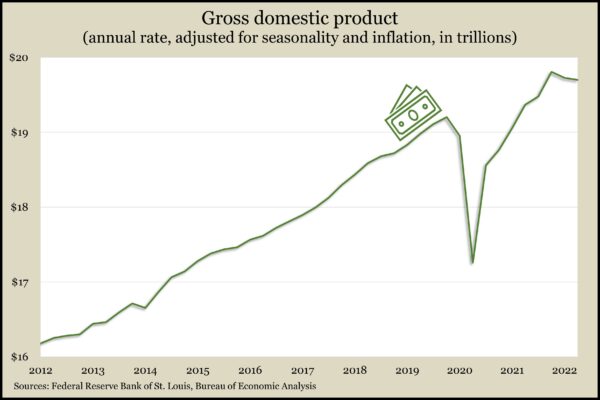 The Bureau of Economic Analysis said consumer spending rose by 0.1% in July, suggesting continued economic growth though at a slower pace. That was down from a 1% gain in June. Personal income also weakened in July, a trend that has contributed to lower savings for consumers. In July, Americans saved 5% of disposable income, down from 8.3% in February 2020, at the onset of the COVID-19 pandemic. The report also showed that the Federal Reserve’s main gauge of inflation declined by 0.1% in July and was up 6.3% from the year before. In June, the one-year inflation rate was 6.8%, still far above the Fed’s long-term target of 2%. 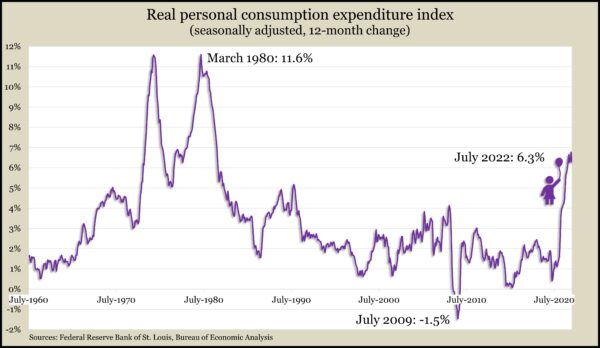 Considered a precursor to spending, consumer sentiment rose in August as slower inflation boosted economic expectations. Noting that “overall sentiment remains extremely low by historical standards,” the University of Michigan said its index rose to 58.2 in August from 51.5 in July. It read 70.3 the year before. The survey’s director said consumers’ economic outlooks rose after two months at the lowest level since the Great Recession. Expectations for personal finances rose broadly with a slight easing in concerns about inflation.