Taking care of both health and wealth 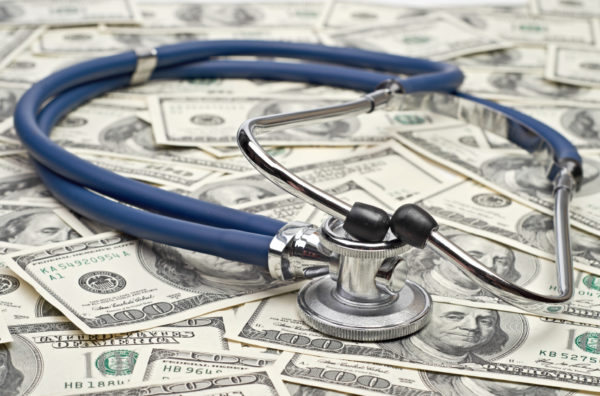 I got to hike with my brother last month at the Pheasant Branch Conservancy near Madison. He led the way on our three-hour trek over a range of terrain on a warm and sunny afternoon. At several junctures, I asked how he was doing, considering he had just finished a more rigorous hike on the Ice Age Trail with his wife.

My brother turns 80 in March. I’d say he has the body of a 30-year-old, but I know 30-year-olds who couldn’t keep up with him. In so many ways, he has been an inspiration throughout my life, but hiking with him helped me appreciate how he benefits from staying fit.

Good health is crucial to good retirement. Of course, being healthy lets us enjoy retirement more (and probably longer), but it also has financial repercussions.

In fact, investors could consider physical fitness and financial well-being two sides of the same coin, said Brian Kilb. “If you care and make the effort for one,” he said, “you’ll probably also work hard on the other. Discipline is discipline.”

Various research shows how good health is a money saver. For instance, a recent report from the Center for Retirement Research at Boston College concluded that healthy retirees are much more likely to avoid the expensive, extensive medical care “that most people dread.”

HealthCapital, a Massachusetts-based firm that applies actuarial data to financial wellness, examines how individuals who take care of their health can save money on medical costs and then invest the savings for retirement. An example in one HealthCapital report:

“By improving health and investing the savings, a 45-year-old woman with type 2 diabetes and high cholesterol could add more than $100,000 to her 401(k) retirement savings and eight years to her life expectancy through simple changes such as moderating alcohol intake and continuing to take medication as prescribed.”

Good health can help boost wealth leading up to retirement by affording individuals a longer work life too, allowing them more time to earn and invest at the same time they delay tapping into retirement accounts and Social Security benefits.

Poor health forced early retirement for 40% of Americans who left work before they turned 62, according to the Federal Reserve Board. More than half of Black and Hispanic retirees cited poor health for retiring before 65.

Poor health is also associated with greater uncertainty toward retirement. In the latest Retirement Confidence Survey by the Employment Benefits Research Institute, 32% of the retirees in fair or poor health were least confident about their retirement security, vs. 17% of those in good or excellent health.

“When individuals consciously choose healthier options in their daily lives, they also tend to make better choices when it comes to making financial decisions,” Prof. Yoon Lee, an economist at Utah State University, said in explaining her research examining the association between financial status and body weight.

In addition, research from neurologists at Loma Linda University has found that exercise can help fight dementia, which tends to impair  financial skills.

The pandemic has shown me that of all the forces beyond my control, taking care of myself is one thing I can do that makes a difference. Like saving and investing, it involves discipline that is best established early but not too late to start. And it becomes more critical the older I get.

As a result, I’m talking more with my doctor about how I’m doing and what I can do better. Of course, thanks to time and heredity, I already have some limitations, but I mind prescriptions, and I exercise, eat and sleep in moderation.

Besides taking advantage of employer-subsidized health insurance, I contribute to a health savings account, through which I’m building a fund for future medical expenses while also lowering my taxable income.

The second youngest of seven kids, I’ve grown up observing my older siblings as sort of canaries in the coal mine. I’ve paid attention over the years as I caught wind of their ailments and health concerns. I’ve made mental notes to try to do what I could to avoid their setbacks and imitate their achievements.

I’ve never considered my brother obsessed with his health. Before he retired, he biked to work and swam regularly. In retirement, he has been biking more, hiking more and occasionally exercising with weights.

He was my earliest model for healthy eating. As a kid, my favorite cereal was Sugar Pops. Mom would push the Cheerios box in front of me, saying that’s what my brother ate.

I checked in with my brother days after the hike. Not only did he say the extra exercise didn’t affect him, but he suggested maybe he’d expand his routine.

I lost my three other brothers — at 49, 70 and 73. Each contributed to who I am, and I miss them. They remind me that my life, like theirs, is finite, so I might as well take care and make the most of it.