This bull has legs 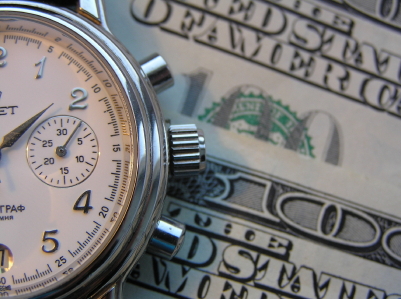 April marks the fourth anniversary of the latest bull market. Those who aren’t bullish might feel sheepish to learn that the average bull market since World War II has been a little longer than four years.

It’s only fair to examine the legs of the current bull market, to compare conditions now to the peaks of past bull markets. In key ways, times are different from previous turning points.

Past bull markets have ended when the Federal Reserve increased interest rates to try to put a brake on high inflation from rapid economic growth. But all signs now show the Fed continuing to stimulate the economy with low interest rates. Compared to last year, the Fed has doubled its long-term bond buying.

The big question is how much of the economic growth we’re seeing is from that monetary stimulus vs. organic growth, which is much more sustainable over the long term. What happens if organic growth hasn’t taken off and the GDP doesn’t get back to 2.5% and the Fed runs out of ammo? It’s pretty hard to answer that right now.

But you go down the list, and there’s very little now to compare to prior market peaks.

Instead of a speculative frenzy, we’re seeing investors flock to defensive stocks. Typically, at the top of a bull market, growth stocks you never heard of lead the market as well as small stocks you can’t even pronounce. So far this year, health care stocks and consumer durables – two of the most conservative sectors – have led the market.

I’m not saying there aren’t dark clouds on the horizon. There are plenty. What will take the market down may be events we can’t even speculate on. Of the eight major sell-offs since I started in 1975, nobody called four of them. That’s why we still stick with balanced accounts.

We’ve come a long way. Both the Dow Jones Industrial Average and the Standard & Poor’s 500 Index recently set record highs. The S&P 500 rose 10% in the first quarter. Yes, we’re getting close to the point at which bull markets on average have run their course. But the factors that typify the end of a bull market aren’t there now.

The past three Aprils we’ve experienced stock market corrections ranging from 10% to nearly 20%. And we’re likely to have a pullback this spring. But it’s unlikely to be more than just a readjustment as the bull marches on.