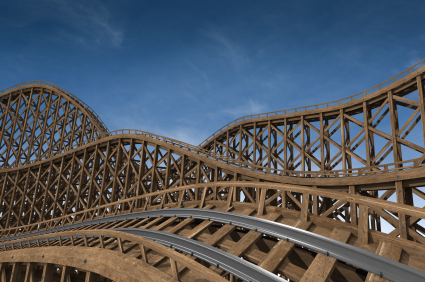 By Art Rothschild and Joel Dresang

Watching stock prices roller coaster can result in dizzying decision-making for investors. Yet, many individuals are inclined to increase or reduce exposure to the market based largely on which way they see prices headed at any given moment.

Wise investors know they have better tools than just prices to determine more objectively the relative value of the market.

One important measure is the Price-Earnings (P/E) ratio – also known as the P/E multiple – which offers a sense of how much you’d be paying for a stock’s earning power.

The P/E is widely available at financial news sites, but you can figure it out by dividing the stock’s current share price by its annual earnings per share. Use the reported earnings from the most recent year to find the trailing P/E, or use analysts’ earnings forecasts to get the forward P/E.

Once you know a stock’s P/E, you can compare it to similar securities or historical or projected multiples.

Say a stock is selling for $60 and its earnings per share was $4, then its trailing P/E would be 15. If its projected earnings for this year is $6 per share, then its forward P/E is 10. The higher the P/E, the more expensive the earnings. So if similar companies have a multiple of 8 times their most recent earnings, the stock in our example with a P/E of 15 would be pricey.

Applying this exercise to the market overall, we can see that stocks broadly have been at relatively low prices lately.

Also, analysts have forecast annual earnings growth for the S&P, which theoretically would lead to price growth for the index. According to Bloomberg financial service, estimated earnings for the S&P for 2010 are $81.02, with projections of $95.56 in 2011 and 108.95 in 2012.

The inverse of the Price/Earnings ratio is known as the earnings yield, which you reach either by dividing earnings per share by the price or by dividing the P/E into 1.

Based on the Fed model, stocks as represented by the S&P are undervalued because the earnings yield of 6% exceeds the Treasury yield of 3.5%.

A couple of historical examples help illustrate how the Fed model has worked:

Considering P/E ratios, earnings estimates and the Fed model are ways to put a “rational” valuation on the market.

But, of course, the market has a mind of its own. There are many variables that affect the prices of individual stocks and the markets on any given day. Domestic and global political news, for instance, can overshadow and obscure solid market fundamentals.

Valuation tools give us some perspective in determining where stock prices should be going. Rather than using these tools to seek “buy” or “sell” signals, the prudent investor employs them as guides to reinforce the appropriateness of equity positions in a balanced and diversified portfolio.

This is in sharp contrast to simply looking at the market’s meanderings on a stand-alone basis, which only tells us where we have been.

Joel Dresang is vice president of communications for Landaas & Company.