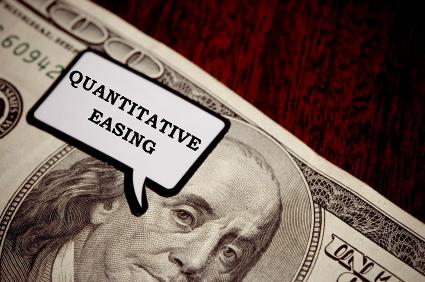 To foster financial literacy, we regularly feature discussions on common terms and concepts used in personal finance and investing. Here’s an article from Joel Dresang and Tom Pappenfus on quantitative easing.

Central national banks, including the U.S. Federal Reserve, have ways of trying to stir a stagnant economy by encouraging spending and investments.

The most common way to free up the flow of money is by lowering interest rates. Lower borrowing costs can motivate consumers to make larger purchases such as houses and cars, which can ripple into broader economic activity.

With rates already near zero, the Fed has tried a more unusual tool –quantitative easing.

Quantitative easing is a process by which national banks create additional funds in their accounts and use that money to purchase government bonds and other assets from financial institutions. The hope is that those institutions – including banks, insurance companies and pension funds – pass along the central bank’s money to consumers, investors and businesses.

Buying large quantities of government securities also has the effect of lowering interest rates, which can encourage investments in other kinds of assets that generate more activity for the economy.

To address the fallout from the Great Recession of 2007-2009 as well as the financial crisis of 2008, the Fed has turned to quantitative easing a number of times.

Critics of quantitative easing, including some members of the Fed’s policy making committee, have expressed concerns that too much monetary stimulus could lead to a run-up in inflation. Others worry that monetary expansion could result in future asset bubbles or out-of-control liabilities for the central bank.

To date, fears of inflation have been unfounded. More than three years into quantitative easing, inflation continues to decline. The Fed says it doesn’t expect higher inflation until 2015 at the earliest.

Keeping interest rates low has provided challenges for income investors who traditionally relied on certificates of deposit and money market funds. But on balance, quantitative easing has helped the economy continue to grow without riling inflation.

The Federal Reserve explains “Operation Twist,” with a video and links to related articles.

“Planning for No-Yield,” by Bob Landaas