For What It’s Worth: Beige Book 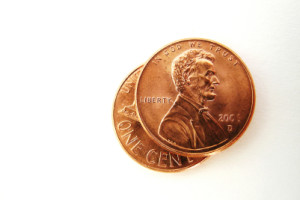 For What It’s Worth is an occasional look at the meanings and origins of words and expressions investors may run into.

What’s commonly called the Beige Book is formally known as the “Summary of Commentary on Current Economic Conditions by Federal Reserve District.” And that’s a better description.

The report, from the Federal Reserve Board, comes out eight times a year, about two weeks before the Federal Open Market Committee meets to talk about U.S. monetary policy and short-term interest rates.

As the formal title suggests, the report contains anecdotal information on current economic conditions from each of the Federal Reserve’s 12 geographical districts. (The Chicago district includes Milwaukee and most of Wisconsin, but parts of western Wisconsin are in the Minneapolis district.)

The Beige Book is one of three publications the Federal Open Market Committee ponders when it meets. Given the report’s reliance on subjective information rather than hard data, the Beige Book is the least significant of the three reports. But it’s the only one available to the public, so it tends to get a lot of attention.

In fact, a research paper from the Federal Reserve Bank of Minneapolis suggests that news media and financial markets treat the Beige Book as more influential on U.S. monetary policy than it is.

Until 1970, members of the Federal Open Market Committee would go around the table and comment on how the economy looked from their part of the country.

Then Arthur Burns became Federal Reserve chairman and decided that written reports prepared in advance would be more efficient. Initially, the reports – which emphasized qualitative information, including observations and opinions – got red covers, were called the Red Book, and intended for Fed eyes only.

Under pressure from Washington politicians to open the Green Book to the public, the Fed made the Red Book available in 1983 – and then downplayed its significance. First, the Fed released the publication a fortnight before the open market committee meetings – distancing the report from the policy making. Then, the Fed made the report look duller by changing its red cover to plain beige. In fact, it was known for a while as the Tan Book.

And though it’s no crystal ball on monetary policy, the Beige Book offers economic insight and real-world context based on impressions from hundreds of sources representing each region of the country.

“It is a very helpful snapshot of economic events,” notes Bob Landaas, president of Landaas & Company. “In aggregate, it allows for a fairly comprehensive and useful view of the nation’s economy.”

For an archive of Beige Books (and the Red Books that preceded them), please click here.