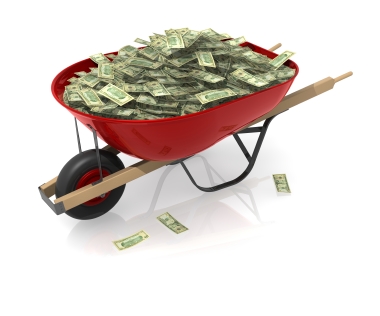 It is no secret that today’s workers overall are not staying with their employers as long as they used to.

According to the Bureau of Labor Statistics, the median tenure for workers in 2012 was 4.6 years. With all that moving around, many investors leave behind their employer-sponsored retirement plan.  While it is easy to “set it and forget it” as a participant of the plan, it may better serve you to consider a rollover once you leave an employer.

What are my options?

With few exceptions, you are not required to do anything with a former employer plan.  If you do nothing, you will continue to be able to direct your investments within the scope of the plan.

You could cash out of the plan, but that carries significant tax consequences and penalties, particularly for younger workers.

Or you could roll the former employer plan into your new employer’s plan or roll the balance into an Individual Retirement Arrangement (IRA) – a tax-advantaged account that offers wider investment options and more withdrawal flexibility than most employer-based plans.

Why not keep it in the plan or bring it to my new employer?

There are some distinct benefits to employer plans.  Notably, most employer-sponsored plans receive preferential treatment from creditors and could provide a shelter for the retirement savings of individuals with heavy debt burdens.

Additionally, some plans have features not obtainable outside the plan, such as the ability to hold certain company stock and the possibility of reduced investment costs available to many large plans. And, in most cases, qualified employer plans allow access without early withdrawal penalties to former employees who left at age 55 or older.

But employer plans tend to be limited in the scope of their investment choices.  Whereas the investment universe is quite vast, the average number of funds available in an employer plan was just 19 in 2012, according to the Plan Sponsor Council of America.  Simplicity may be a good thing given how many 401(k) participants lack professional investment advice, but the small number of choices can be detrimental to retirement savings goals when those choices may be underachieving peers or may not adequately fill all the categories of a diversified portfolio.

Also, most employer-based retirement savings plans carry strict requirements on withdrawals or loans – if they are allowed at all.  In the event of an emergency, 401(k) participants may have limited access to the cash they have put away.

Generally, the restrictions and limited menu of investment choices in employers’ sponsored plans typically outweigh the convenience and benefits of just leaving the plan behind, though each situation is different.

Why not cash out the old plan?

According to a Hewitt Associates study, 46% of workers cashed out their 401(k) plans when they left their jobs in 2008.  That number is markedly higher for younger workers, a troubling statistic given that in addition to ordinary income tax they would also owe a 10% early withdrawal penalty to the IRS on the money they take out.

Further, that money had been earmarked for retirement. But by cashing out, workers can set their retirement goals back significantly.  Given the high cost, cashing out of the employer plan is generally considered a last resort.

Then I should move my old Employer Plan to an IRA?

Unlike most workplace retirement plans, IRAs can provide an entire universe of stocks, bonds, funds, CDs and other investment choices to meet every investor’s objectives.

IRAs also provide a number of other benefits, such as the opportunity to convert some or all of your savings from a Traditional IRA to a Roth IRA.  And IRAs carry preferential tax treatment for withdrawals on certain qualifying events, including first home purchases and qualified education expenses, while employer plans can impose stricter limitations on the timing and amount of such withdrawals.

How do I get started?

Most employer-based plans offer a number of options for getting the money out, but the most straightforward method is to have the plan sponsor issue a “Direct Rollover.”  Every plan is different, but most employers require paperwork obtained by contacting either the plan sponsor or the human resources department of the former employer.

For investors with a former employer plan sitting out there, a Direct Rollover – with the help of a trusted financial advisor – can help maximize the potential for those investment dollars. As always, consult with financial professionals and tax advisors who consider your individual circumstances and long-term financial objectives.