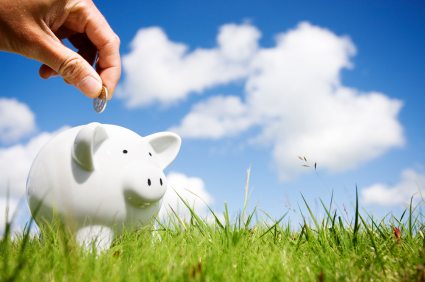 Research from the FINRA Investor Education Foundation shows that families without emergency savings were more likely to have mortgage problems and lose their homes during the last recession.

A longstanding rule of thumb has been to keep a rainy day fund of three- to six months’ worth of living expenses saved in safe, accessible accounts such as money market mutual funds.

Workers need a cushion of easily available cash to protect them in the event of job loss, says Marc Amateis, vice president at Landaas & Company. But considering the time needed for unemployed workers to get new jobs, setting aside up to a year’s worth of expenses would be even more prudent.

Homeowners need emergency funds to cover unexpected household repairs and appliances. And even the most careful families can fall prey to unforeseen out-of-pocket medical expenses.

The advised size of the rainy day fund can vary.

“I usually tell my clients, keep what makes you feel comfortable,” Marc says.

Most important is setting aside money you can use to cover emergencies so you’re not forced to disturb any investments intended for longer periods.

“The first point would be to take care of yourself and make sure you accumulate some kind of reserve,” says Brian Kilb, executive vice president and chief operating officer at Landaas & Company. “Where should that be? You want it to be safe, and you want it to be accessible.”

Marc says you can distinguish where money generally belongs in a balanced investment portfolio based on broad time horizons.

“The money that’s in stocks should be longer-term – five-year money,” Marc says. “For one- to five-year money, you have bonds that aren’t going to fluctuate as much. And then you have one year’s worth of real liquid funds that you can access.”

Marc says he favors that rainy-day money “being in a form that’s very liquid – even if you’re not earning anything on it. We know nowadays that on money markets, CDs, checking accounts, savings accounts, you really aren’t earning much of anything. But that’s OK. For that kind of money, you want it in a safe place where you can get at it right away.”

“Having something literally stuffed in the mattress,” Brian says, “isn’t as necessary as it perhaps used to be.”