Cleaning up after identity theft 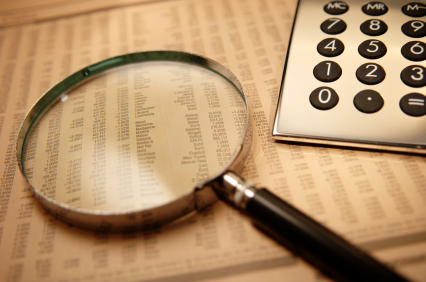 The Amazon.com bill I got in the mail totaled $2,838 for three robotic vacuum cleaners. The problem was they weren’t mine.

Second in a series

My identity was stolen. I didn’t order those vacuum cleaners. I don’t even have an Amazon card. Someone assuming my identity opened a card in my name. Someone who now has criminally clean floors. And I’m left to clean up the mess.

Call it irony, karma or plain old dumb luck, but the Amazon card got opened soon after I wrote an article here about protecting your credit information by freezing it.

With a freeze, the credit bureaus could not have given Synchrony Bank the information it needed to open the Amazon card in my name. Now, I have embarked on a grinding, multi-pronged process of trying to recover and protect my credit information.

So far, I’m betting it was easier to steal my identity than it will be to restore it.

Exacerbating the experience is the irritation of businesses trying to capitalize on my situation.

Credit freezes and extended fraud alerts do not affect existing accounts.
Some precautions for your already established credit:

Immediately after I discovered the fraud, I called Synchrony to report that although the Amazon card bill bore my name (though the middle initial was wrong) and my address, I was the victim of identity theft. After assurances from Ryan, in Synchrony’s fraud department, that I would not be responsible for the vacuums, I called a number he suggested for TransUnion.

TransUnion is one of three private credit reporting companies – along with Experian and Equifax – that compile financial, employment and debt information on individuals and provide it to lenders and others interested in our credit worthiness.

In my call to TransUnion’s system of automated menus and prompts, I requested a free copy of my credit report. The automated phone system offered to include my credit score for an extra fee. Twice, it solicited me to subscribe to a $12 monthly service that would monitor my credit activity and notify me of possible concerns.

The report from TransUnion arrived in the mail about a week later – with another chance to subscribe to its service. The same day, I received a separate packet from LifeLock. LifeLock charges between $10 and $30 a month to not only monitor transactions and credit requests and alert individuals to possible discrepancies but also to help customers recover from ID theft.

Previously, I considered freezing my credit, which would have required TransUnion, Experian and Equifax to refuse to divulge information necessary for Synchrony to set up the Amazon card.

Another option – now that my identity has been compromised – is an extended fraud alert. I still need to request it through each of the three credit bureaus, and it lasts only seven years. But it’s free and guaranteed by federal law for victims of ID theft. Instead of freezing my credit information, the extended fraud alert warns creditors to take extra precautions to verify that whoever is seeking credit in my name is actually me.

The Federal Trade Commission has estimated that cleaning up after ID theft entails 30 hours of work on average – 60 if, as in my case, the theft results in a new account opened in your name. So far, I have spent time on the phone or online with banks, the credit bureaus and the federal government as well as personal visits to the local police.

All that work makes it tempting to just buy into one or more of the private services. Like insurance, it might provide some peace of mind, but it might not be worth the monthly fees. Even LifeLock – which agreed to pay a $100 million penalty for violating an earlier agreement to clean up its practices – says repeatedly in its fine print, “No one can prevent all identity theft.”

ID Theft Protection Services
LifeLock isn’t the only company taken to task for not providing the identity theft protection services it purported. The federal government has gone after Affinion Group Holdings, Intersections Inc., Discover Financial Services and more.
Consumer Reports has looked askance at such services, which typically charge between $120 and $300 a year for vigilance that the publication suggests most consumers could do on their own for nothing. Click here to read more.
The Federal Trade Commission has a more neutral explanation of identity theft protection services at this website.

And the credit freeze or fraud alert protect you only from new accounts being established in your name. Neither protects you from crooks abusing credit cards and accounts you already have established. That’s why you should be combing through your bills each month to make sure you recognize all the charges listed.

Call me cheap or skeptical, but I’m pursuing the free avenue of requesting an extended fraud alert. I began by creating a federal Identity Theft Report via  IdentityTheft.gov.

In addition, I have arranged a 90-day fraud alert from the three credit agencies, which cautions lenders to scrutinize applications made in my name.

After I receive an official copy of the local police report, I can complete the paperwork to apply for the extended fraud alert. If I learn anything useful along the way, I’ll let you know.