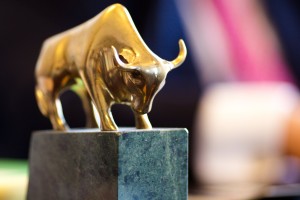 Because interest rates and earnings move stock prices, and the U.S. economy is expanding again, financial markets have been trending up in the early part of 2011, Bob Landaas told the Milwaukee Journal Sentinel.

“Seventy-five percent of the companies beat their analysts’ estimates, which is a big number,” the president of Landaas & Company said in the Journal Sentinel May 9.

Markets have been advancing despite turmoil in the Middle East and disaster in Japan, Bob noted, which also shows how much more resilient the U.S. economy has become.

“Think back to last August, when so many people were debating whether we were going to double dip or not,” Bob told the Journal Sentinel. “Nobody talks like that anymore.”

The newspaper article examined how earnings helped drive stock gains in the first four months of 2011, including some of the top companies in Wisconsin.

The report was based on the Wisconsin Ticker, a monthly Journal Sentinel Business feature showing the top- and bottom-performing stocks issued by Wisconsin-based companies.