For some commentators and investors, the specter of inflation has been looming ever since the Federal Reserve responded to the 2008 financial collapse with what has grown to be more than $2 trillion of monetary stimulus.

Part of the fear of inflation is the consequences on bond prices, which fall as interest rates rise. And despite Fed assurances that it would adjust its policies to keep inflation in check, concerns about inflation persist.

Expectations for inflation have far outpaced the actual rate of price increases. Each month, the Conference Board asks in its consumer confidence surveys how much Americans expect the cost of living to go up in the next 12 months. In June 2012, the survey said the inflation rate would be 5.2% in June 2013. The official Consumer Price Index for that period: 1.7%. 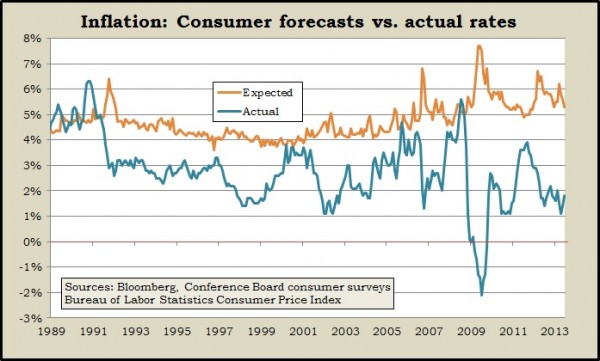 Bruce Bartlett, an economist who advised presidents Ronald Reagan and George H.W. Bush as well as congressmen Jack Kemp and Ron Paul, has written a series of columns for the New York Times disparaging what he calls “inflationphobia” as a form of crying wolf.

As the Wall Street Journal reported in a cover story July 29, Federal Reserve economists who have been downplaying inflation have been far more accurate in their forecasts of the economy.

Inflation levels have remained historically low throughout the gradual recovery from the Great Recession. The economy still is not growing fast enough to allow higher prices. And key indicators show no signs of pressure for inflation to jump anytime soon.

The Consumer Price Index is the broadest measure of inflation, but Fed officials tend to prefer the Personal Consumption Expenditure index, which has been running at about one-third of historic averages. 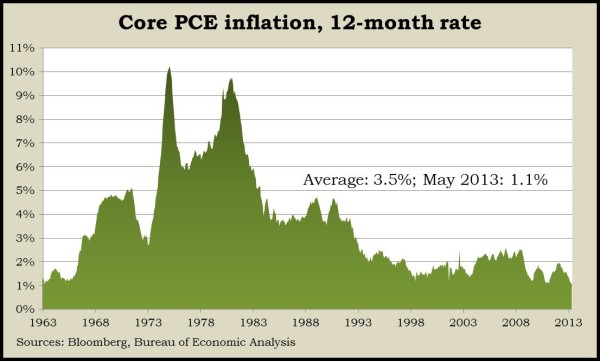 “Interest rates can’t go up much if inflation stays down,” Bob Landaas said in a recent Money Talk podcast. “There are only three ways for inflation to go up: wages go up, capacity utilization goes up and commodity prices go up. None of that is happening right now.”

Weak labor markets since the recession ended in mid-2009 have left workers with little leverage to seek the higher wages that lead to more inflation. 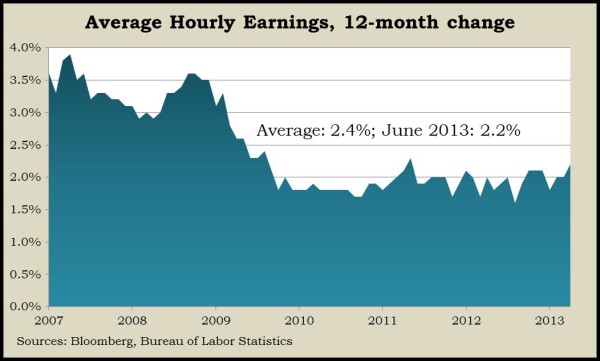 Production capacity continues to be used below historic levels, suggesting that manufacturers, mines and utilities still have room before they need to expand and raise prices to cover the costs. 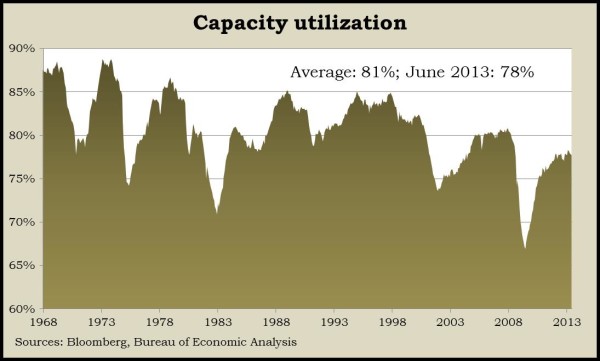 Reflecting deliberate global economic growth, commodity prices also show no indication of contributing to inflation. Throughout 2013 so far, a metric ton of copper has cost less than it did the year before. 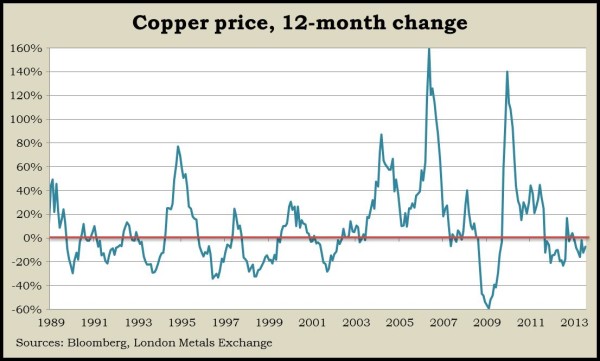 Further reading:
What to do about Bonds, by Bob Landaas
Talking Money: Inflation, by Adam Baley