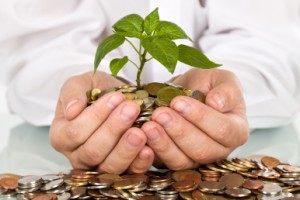 The first quarter of the year is a convenient time for reflecting on our financial condition. Between year-end account statements and income tax preparation, we gather reminders of how much wealth we have built up over the years.

Many people have a distorted view of wealth. Significant wealth is rare. It’s uncommon.

The latest annual survey from the independent Employee Benefit Research Institute shows that only 12% of retirees have more than $250,000 in savings and investments – not including home values or pensions. Two-thirds (67%) of those who reported savings said they had less than $50,000.

Research from the Federal Reserve further suggests how relatively little wealth most retirees have.

According to the Fed’s latest Survey of Consumer Finances, the median value of retirees’ financial assets was $29,000, with half of all retirees holding less and half with more. And that’s from 2007 data – before the financial markets collapsed. Even adjusted for inflation, that figure would be less than $31,000 today.

A recent Harris Poll survey found that many Americans have no retirement savings, including 25% of baby boomers and 22% of respondents older than 65.

It’s useful to have a perspective of where you fit in.

Sometimes, it’s as if I need to give a pep talk to people to hold their heads high with how much they have and to quit complaining that they “only” have half a million dollars. They’re not just one of the masses. They’re extremely lucky and blessed.

Even if you have $1 million in net financial assets, not counting your home, you’re richer than 99% of North America, according the latest annual report on global wealth by Capgemini and Merrill Lynch.

Less than 0.5% of Wisconsin residents have a net worth of $1.5 million – including home values, an IRS study shows. In other words, if your net worth exceeds $1.5 million, you’re better off than 99.53% of the people in Wisconsin.

The point isn’t that you should be complacent about what you have. But instead of acting as if some wealth is good, more is better, and no amount is ever enough, it’s healthy to regularly count your blessings.