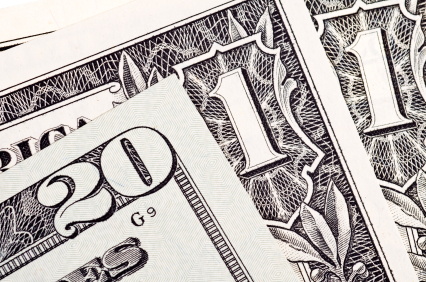 It’s unusual for markets to be driven by macroeconomic events for more than a month or two at a time.

Since last spring, the markets have been fixated on the events in Europe. Expectations recently suggest that Europeans are close to solving the short-term part of the problem with the creation of the stabilization facility fund.

The longer-term problems are much more intractable, however. The debt problems in Europe are primarily driven by unrealistic pensions for current and future retirees (as opposed to the problems in the United States, which are based on unrealistic assumptions about Medicare).

As many of you know, the U.S. recovery from the Great Recession was the first in our history that was led by the emerging markets. Much of the growth the last three years has been driven by countries such as Brazil, Russia, India, China, South Korea and Indonesia. Those countries represent approximately half of the world’s population. They’re growing at rates considerably higher than the 2% rate in the United States.

Beyond the immediate problems in Europe, I worry about sustainable growth rates in the developing world. Recent indications are pointing to a manufacturing slowdown in China along with lower real estate values. Brazil (the economic powerhouse of Latin America) has also shown signs of economic weakness. Should these trends continue, it could potentially weigh on the markets in the new year.

At some point, the markets will go back to the fundamentals of earnings and interest rates.

Recent estimates suggest that corporate profits in the United States will climb another 10% in 2012. This bodes well for equity markets in the near- to medium term.

Many investors were surprised by a strong performance in bonds for the year, led by municipal bonds and Treasury Inflation-Protected Securities. It’s unlikely that bonds will continue to outperform stocks moving forward.

Correlation theory performed well this year as strength in the bond market offset the weakness in stock prices in many portfolios.

We had good news on inflation this year with consumer price growth staying well below long-term averages and year-over-year core inflation running within the Federal Reserve’s comfort level.

Although the economy weakened through the third quarter, it has become apparent since then that economic growth continues to strengthen as we head into the new year. We’ve had good news on job creation recently as first-time claims for unemployment insurance continue to decline, along with a drop in the unemployment rate.

As we go into the new year, investors will need to stay focused on building balanced portfolios that provide the dual functions of short-term stability along with potential for long-term growth.

I remain steadfast in my belief that most investors are best served with a balanced portfolio of stocks and bonds. Numerous studies over the years support this strategy. My own experience in managing money since the mid-1970s has further reinforced the importance of risk control along with opportunities for growth.

Best wishes to everyone for a happy holiday season and for a healthy and prosperous new year.