Keeping our eyes on what’s ahead 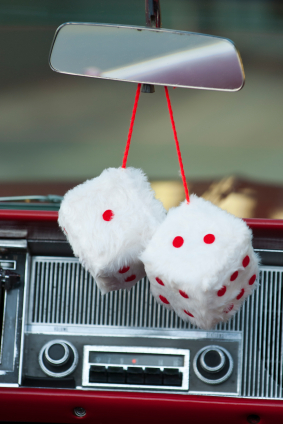 Like driving, it’s hard to invest looking in the rearview mirror. Of course, we can still stop to celebrate a bull market that, by many measures, is now the longest on record.

Precipitated by the global financial crisis, the S&P 500 declined more than 50%, bottoming on March 9, 2009. From that low, the S&P 500 has now advanced more than 3,460 calendar days without a decline of 20% or more. It may not yet be the most profitable advance on record – that distinction goes to the bull market that began in October of 1990 – but the length and general calm of this bull has left many investors with plenty to be excited about.

Importantly, nothing about the length of the current bull suggests the good times must now end. The recovery from the global financial crisis has been slow and deliberate. Banks were slow to loosen lending standards, corporations focused on improving balance sheets rather than building out their businesses, and employment concerns and household debt kept many consumers from rushing out to make purchases in the years after the crisis.

While much of the early caution has faded, ripples of the financial crisis remain. New home construction in the U.S. remains nearly half its pre-recession peak, to name just one example. But, overall, the economy is far stronger today than it has been in the 10 years after the collapse of Lehman Brothers.

For much of 2018, the unemployment rate has hovered around 4%. Wage growth, while well below long-term averages, has started to rise. Even inflation has picked up, though the Fed’s preferred measure of inflation has yet to break out above the 2% target.

U.S. corporations, with their strengthened post-recession balance sheets, have enjoyed the fruits of economic growth as well. At 9.4% in the second quarter, year-over-year revenue growth for the S&P 500 is back near post-recession peaks. Add in the benefits of share repurchases and corporate tax reform, and earnings growth may well top 23% for all of 2018. Of course, such strong performance in 2018 will make next year’s comparisons less robust, but many outlooks still call for around 10% growth in 2019.

Weighing all this and much more, Federal Reserve Chairman Jerome Powell suggested recently “there is good reason to expect that this strong performance will continue.” Powell and the other members of the Federal Reserve Board have been tasked with considering the risks of keeping inflation in check while also giving the economic expansion further room to run. So far, the gradual pace of normalization hasn’t hindered that growth, and Powell has continued to emphasize the Fed’s careful monitoring of economic data.

While there remain some hurdles to unabashed optimism – including a breakdown in synchronous global growth and trade wars – U.S. stocks have largely regained record highs, and valuation ratios have remained largely unchanged. The forward four-quarter price-earnings for the S&P 500 is around 17, higher than the 20-year average but certainly not extreme.

Neither the economic data nor the earnings forecasts are pointing toward a near-term end of this record bull market. At the same time, valuations remain modest, and the Fed appears to be content moving slowly on raising the overnight lending rate. Given that a slowing economy, extreme valuations and an overly aggressive Fed are the three biggest causes of a bear market, most signs point to a longer run for the bull.

Expectations remain the one key challenge for investors. While there are other lesser concerns about the current environment, the risks of overconfidence rise as consensus optimism grows. The challenge then, is to keep our eyes on the road, remain vigilant and allow balance to guard against the extremes.