Bob’s View: Back to volatility 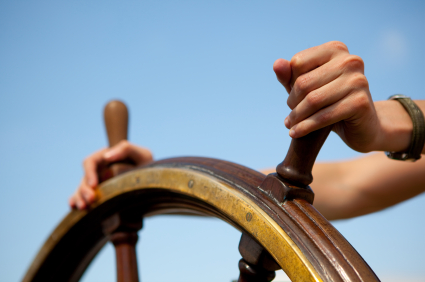 Actually, the last three years have been very tranquil. Tranquility is the outlier for the stock market. The norm is volatility. We got lulled into complacency, for the most part, without any significant sell-off since 2011. So, we’re back to the norm more in volatility.

At first, everybody was focused on the good news of lower oil prices. The latest estimate is that it will put another $600 into every household in the United States. That means higher consumer spending, which accounts for 70% of GDP growth, leading to continued gains in the stock market.

Then, we saw everybody focusing on the bad news: “Uh-oh, oil is down, and that reflects a global economic slowdown.” And the markets sold off.

So everybody is trying to figure out – is it good or is it bad? It’s like my grandson asking me, in baseball, are outs good or bad? I said, “Well, it depends what team you’re on, and where we are in the game.”

The same is true with oil. There are some clear winners and some clear losers.

Start with the losers.

Junk bonds had a pretty rough time recently. A lot of the new issues in high-yield bonds since 2008 went to oil frackers in the United States. Analysts think their break-even point on oil is $55 a barrel. Well, prices have dipped below that. So those companies are going to have a tough time paying back some of that debt.

Also in Money Talk:
A reminder that credit quality is a risk to consider in bond investing

Other clear losers include some foreign alliances.

Because of the plunge in oil, Venezuela can no longer afford to be the sugar daddy to Cuba. Venezuela stepped in after the fall of the Soviet Union and then the Russian financial crisis in 1998. So now, President Barack Obama is extending an open hand to Cuba.

And listening to Russian President Vladimir Putin in his annual press conference, he sounded desperate. He’s heading toward capital controls. He’s going to have to pull out of Ukraine if the price of oil doesn’t come back. Otherwise, he’s not going to have enough reserves to cover Russia’s $360 billion in debt coming due next year.

So, those are huge changes. The emerging markets are getting hit because of flights of capital. And here, the clear winner is the U.S.A.

Money continues to pour into the United States. We are the prominent developed stock market in the world. If you take the U.S. out from the global stock index, stocks are negative for 2014. That should tell you that if you’re not in America, you’re not making money this year. And I don’t think that trend is easily reversed.

We’re on the cusp of raising rates, maybe late in 2015. Everybody else is on the cusp of lowering their rates. That will keep the dollar strong for a while.

A stronger dollar tends to flatten the U.S. yield curve. I’m convinced that when the Fed ultimately starts raising rates, whenever that happens, it’s primarily going to affect the short end of the yield curve. The stronger dollar is going to continue for a while for all sorts of reasons, and it will flatten the intermediate and long end of the yield curve, and it will be just the short end – under two years – that is really going to be affected.

The good news there is you can design portfolios that can take advantage of the flattening of the yield curve. In English, what that means is stay out in the 4- to 5-year range for durations, and I think that will hold out pretty well.

If anything, the collapse in oil prices has given us clarity on where interest rates are going and the best way to play the bond market.

Finally, we get to say no. The market is near an all-time high, and the Fed stopped buying long-term Treasury bonds two months ago. So we’re done with all that. Perhaps the foreign sovereigns have helped buy up some of those Treasuries, but that doesn’t spill over to stock prices.

I think there is an enormous amount of resilience in the markets. We saw that twice in recent months.

The market was down 8% in September and October, and it didn’t take long for the big money to pour back in. And it didn’t take long to recover from the sell-off in early December. I can’t even think of the last time the markets got hit so hard and then came back within a week. Back-to-back, we had the best two days in three years for the markets. It was a stunning recovery.

So I think we’re back to more of that volatility as people wonder about oil as well as what will be the turnaround point for the emerging markets. My guess is it will be China. China will figure out a way to stimulate its economy, and the emerging world will get back on its feet. And those markets will start doing better again.

We have talked about international funds selling off. I just want to remind everybody that if all of your investments are doing well, it means that you’re not properly diversified. In the long run, proper diversification will help you withstand short-term volatility.