Bob’s View: As the world earns 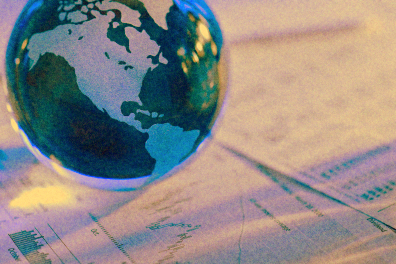 We’re in the middle of third-quarter profit reports, which mostly are coming in within expectations. What’s remarkable are comments from some multinational corporations, like McDonald’s, that talk about a very unusual slowdown in growth in all of their markets.

The problem with synchronized slowing is that you don’t have markets that are growing faster to offset those that are decelerating. If the growth is shrinking in one country or region, then we depend on other parts of the globe to pull us out.

Many global recoveries have been led by the United States. We have been the engine of growth and the source of economic recovery for other countries.

In the Great Recession, the U.S. was very lucky that much of Asia and Latin America had avoided the banking crisis, the housing crisis and the debt crisis. The result was the first U.S. recovery in history that was led by the emerging markets.

Another sign of a synchronized slowdown is that we have seen in third-quarter profit reports that revenues have peaked. While there are numerous ways for corporations to adjust their earnings, there’s no way to massage revenues.

The risks are clearly rising. The consolation is that it has allowed bonds to continue to rally as investors seek relative safety.

To read past editions of Bob’s View, please go to the Landaas University page of the Money Talk section.

But there are other, more hopeful signs for investors.

While the slowdown in earnings for the third quarter was widely anticipated, most investors are focused on the forecasts for next year. So far, those look quite good. Bloomberg’s estimates for earnings, excluding negatives, call for growth rates of 8.2% for 2012, increasing to 10.4% for 2013 and 10.9% for 2014.

Also, China recently reported economic growth at 7.4%, down from more than 10% two years ago, but still significant growth. And China – the world’s second-largest economy behind the U.S. – has a centralized government that gives it considerable capabilities to guide its economy through monetary and fiscal policies.

The International Monetary Fund forecast calls for stronger growth in China next year. That will perhaps lift trade globally.

Europe, however, has hindered the global economy. The irony is that as Europe comes closer to resolving its banking and debt crises, the continent is in recession.

I keep reading articles about companies holding back because of uncertainties from the fiscal cliff and elections. I don’t understand that personally, but I don’t run a global enterprise.

The uncertainties surrounding the expiration of the Bush tax cuts and the mandated reductions in government spending have created an environment in the United States where spending is tentative. Some individuals and especially corporations are waiting on the sidelines for clarity.

Otherwise, as we’ve been discussing for several months, the headwinds that have hampered the U.S. economy are dissipating.

With fading economic headwinds domestically and the expectation of stronger growth in Asia, the Federal Reserve is still forecasting 2%-plus growth in the U.S. in the coming year.

On balance, the risks of a global slowdown have accelerated recently. While this has clearly helped the bond market, we are paying close attention to earnings forecasts.

If profits come in anywhere near current projections, I’ll be guardedly optimistic for the coming year.