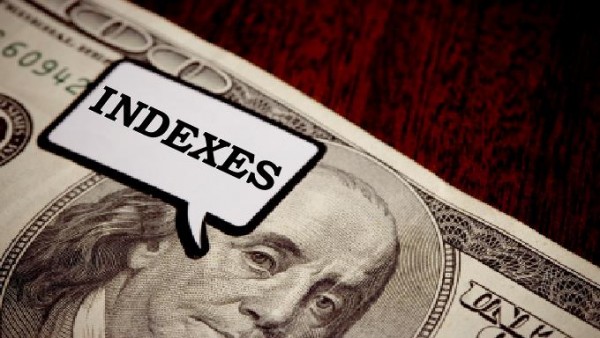 Each week, we open our “Money Talk with Bob Landaas” podcast with a review of the latest developments on Wall Street and end-of-the-week updates on a few benchmark indexes: the Dow, the S&P and the Nasdaq.

Most investors have heard of these indexes but may not know the differences between them. And while those are the most common, an index exists for just about every area of the stock and bond market, each serving as a gauge for a particular market segment.

Dow Jones Industrial Average. Often referred to as just the Dow, it is the most quoted financial barometer in the world, with many observers using its movements to gauge directions in the stock market.

In 1929, the index expanded to 30 stocks and has been continuously updated to reflect the ever-changing economy. Today’s Dow represents 30 of the most highly capitalized and influential companies in the U.S. economy.

A quick comparison of the Dow to many broader market measures, such as the S&P or the broadest of them all, the Wilshire 5000, shows a clear correlation between the Dow and the U.S. stock market. As a result, the Dow is a good starting point for measuring the stock market.

Another domestic stock index, the Standard & Poor’s 500, looks at 500 companies of comparable size and economic importance to the Dow’s list of 30. Given its larger sample, the S&P has replaced the Dow for some investors as a more accurate representation of the market and the risk/return characteristics of U.S. companies with large market capitalizations (measured by share price multiplied by number of shares outstanding).

The Wilshire 5000 Total Market Index is meant to represent the entire U.S. equity market by measuring the performance of all companies with readily available price data. It takes into account companies of all sizes – unlike the S&P 500 and the Dow, which focus primarily on the large-cap arena.

Another major and oft-quoted stock index is the Nasdaq, named for the National Association of Securities Dealers Automated Quotations system. The Nasdaq grew in fame during the technology boom and subsequent bust, given that it consisted of many tech stocks.

The Nasdaq is made up of every stock and other investment that trades on the Nasdaq system, meaning it is not limited to companies with U.S. headquarters. The Nasdaq system includes American Depositary Receipts and Real Estate Investment Trusts. Because of the composition and number of stocks, the Nasdaq’s fluctuations tend to be more pronounced than the other major indexes.

In addition to these major indexes, there are hundreds of others representing every imaginable area of stock or bond investing. These often are meant to measure a specific area or capitalization – like the MSCI Emerging Markets Index or the Russell 2000, an index of small-cap stocks, or the Global Dow, which tracks companies from around the world, often with a global reach.

We have ended up with a bunch of indexes so specific that most mean very little outside their niche. What most investors hear reported on any index is likely not indicative of their own portfolio, or at least not entirely.

In considering indexes, investors should note what the index being quoted represents in terms of company size and location and how the index is weighted, that is, how much significance it gives to each of its components.

Essentially, there are two different approaches. The Dow uses a price-weighted index, meaning that a stock influences the index in proportion to its price per share.

Most other major indexes – including the S&P, Nasdaq and Wilshire – weigh component stocks based on capitalization, which is a result of both share price and number of shares outstanding. Using this method, the larger the capitalization of a company, the greater its influence on the index.

With a little knowledge of the composition and weighting, we can understand the differences between the various indexes and in what ways they might reflect on the overall state of the market.

In addition, by playing on the subtle differences, we can draw parallels and distinctions between areas of a marketplace broader than any one index. With so many different types of investments, the different indexes give us the ability to gauge the state of many different areas of investing. Additionally, we can try to use the knowledge of the various indexes to identify areas we believe represent opportunity and invest accordingly.