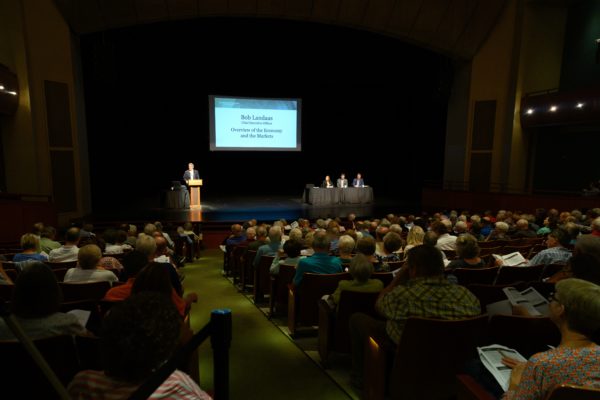 Congratulations for completing the 2019 Investment Outlook Seminar Quiz.
Please check your responses against the answers below.

VIEW OUR VIDEO OF THE SEMINAR BY CLICKING HERE.

1. Using the graph below, match the country to the percentage of its gross domestic product that comes from exports. 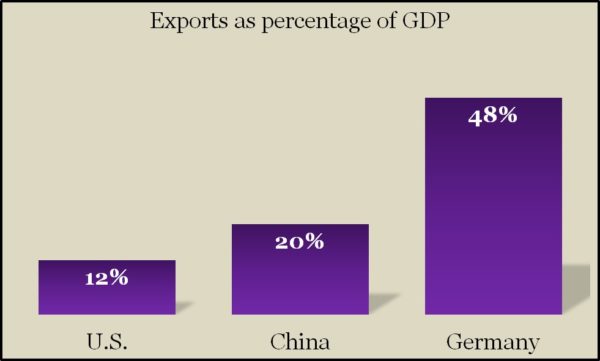 One reason the U.S. has never been led into a recession that began overseas is that the U.S. is less dependent on the global economy.

Learn more by viewing “What slowing growth means for investors,” a Money Talk Video with Bob Landaas and Kyle Tetting

2. Using the chart below, match the percentage of U.S. gross domestic product that comes from each category. 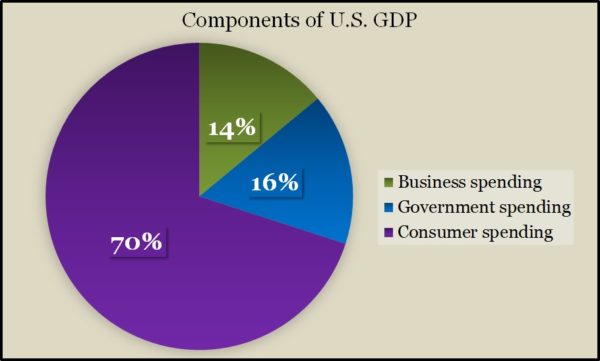 The relative health of U.S. consumers—and their impact on GDP—has been helping the economy extend its record expansion, which began more than 10 years ago.

3. At the seminar, Bob said he has been fielding a lot of questions recently about when the next economic recession will hit. He said his usual response is:

c. There are too many variables; it’s too hard to predict.

Even with the weakening global economy, rising risks from geopolitical tensions and uncertainty from international trade wars, Bob said sluggish growth is more likely than outright recession for the U.S.

4. TRUE or FALSE? Recent interest rate cuts by the Federal Reserve Board should give monetary policy makers more leverage for dealing with an eventual recession.

Lower rates limit the Fed’s ability to respond to economic weakness.  Before the last recession, the fed funds rate was at 5.25%. The Fed eventually lowered the rate close to 0% to stimulate borrowing and investing to jump-start economic activity. Now the rate is around 2%, leaving the Fed little room to reduce.

5. What is the intended message from the graphic below? 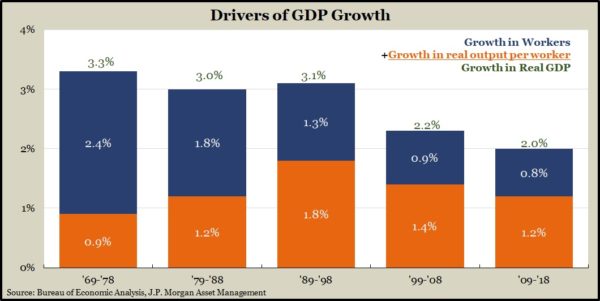 b. With slower growth in workers and output, expect slower economic growth.

Bob explained that the U.S. economy has structural impediments to faster growth, including a shrinking work force, anemic productivity growth and a lack of pro-growth policies.

6. What is an inverted yield curve?

Learn more by reading “Leaning into the curve” and viewing “How interest rates are shaping up,” a Money Talk Video with Kyle Tetting

7. Which TWO of these did Bob say he was taught?

Although inverted yield curves usually predict recessions, Bob explained that this time could be different because markets are more drawn to longer U.S. bonds. Not only are markets anticipating further Fed cuts of the short-term rates, but they’re seeing U.S. bonds as better investments than the negative yields offered in Europe. As demand for the bonds grows, their price rises, lowering yields.

Of course, it’s 5.7. That’s the recent percentage yield on S&P 500 earnings. The yield on the 10-year Treasury note at the time of the seminar was 1.5%. When the earnings yield is higher than the 10-year, it’s a sign that investors are getting paid for the risk they’re taking by investing in stocks rather than bonds. 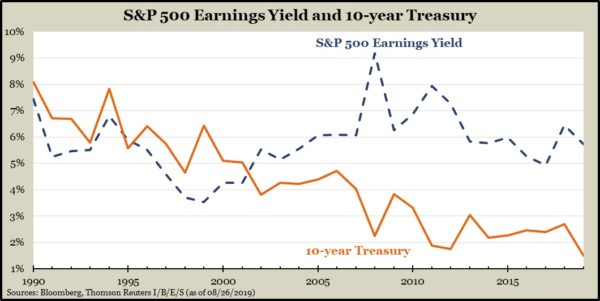 9. Which of these WAS NOT a suggestion for positioning bonds?

In fact, municipal bonds have looked attractive for those investors who can benefit from them. One reason: Foreign investors who have helped drive up the price and lower the yield on longer-term U.S. bonds, are less interested in municipals.

10. Bob called this his all-time favorite chart. What is missing from it this year? 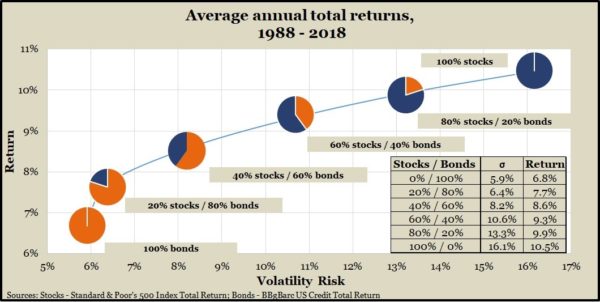 The 30-year look back no longer includes the Stock Market Crash of 1987, when the Dow Jones Industrial Average dropped a record 22% in one day, Black Monday, Oct. 19.

Also from the seminar

The outlook for value in your portfolio, a Money Talk Video with Kyle Tetting
Click here for the 2019 seminar playlist on YouTube.