Congratulations for completing the 2018 Investment Outlook Seminar Quiz. Please check your responses against the answers below.

1. Bob Landaas noted that the Federal Reserve is likely halfway through raising short-term interest rates. Which one of these DOES NOT follow?

b) Reach for higher yield with lower-quality bonds.

In fact, Bob advised to seek higher quality in bonds. For what lower-quality bonds have been paying out, investors haven’t been compensated enough for the greater risk involved – especially considering that bonds are supposed to be part of the less risky side of a balanced portfolio.

2. In the 2017 seminar, Bob spoke of synchronized global growth as a bright spot for the U.S. economy. Which one of these WAS NOT among his 2018 updates on the topic?

c) Except for China, global economies remain synchronized, thanks to the U.S. dollar.

Global growth has been slowing at the same time the U.S. economy has been gaining momentum. China is leading the slowdown abroad.

3. In his updates on U.S. stocks, which of the following WAS NOT a point that Bob explained?

b) Profit margins are narrowing. 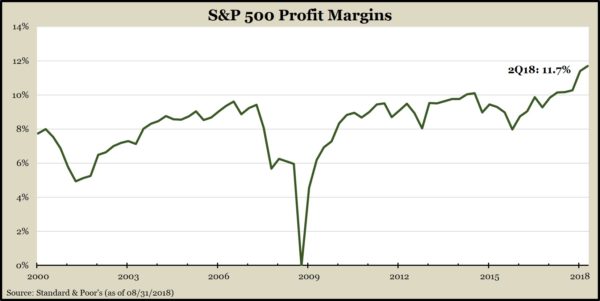 4. Which one of the following IS NOT a reason to believe that the longest bull market in history can continue?

d) The yield curve is flattening.

In fact, an inverted yield curve is a possible predictor of recession. Bob explained why the current movement in the curve might be less worrisome than in the past.

Learn more by viewing “How interest rates are shaping up,” a Money Talk Video with Kyle Tetting.

5. Despite signs for continued economic expansion, Bob advised clients to start preparing for the next downturn. Which of these IS NOT a reason to be cautious?

d) Inflation already is high, which could force interest rates much higher.

While a majority of past recessions resulted from inflation-fueled interest rate increases, Bob said inflation is a non-issue, at least for now. Various indicators, including the Federal Reserve’s favorite measure, show inflation below average. 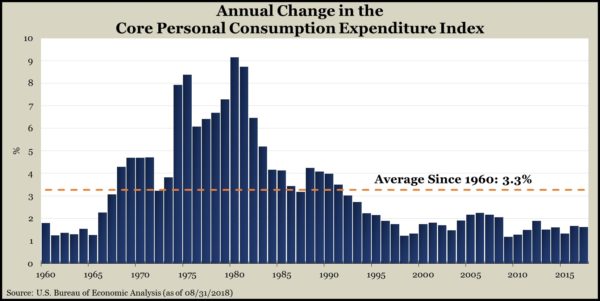 6. In his 43 years advising investors, Bob never before saw growth stocks outperform value stocks in a 30-year comparison. Which of these DOES NOT follow?

a) Growth stocks tend to hold up well in market sell-offs.

To the contrary. As a rule, growth stocks “sink like rocks” when markets deteriorate, Bob said, explaining why investors should limit their enthusiasm for growth stocks.

7. Which is Bob’s preferred price-earnings ratio to use when valuing the stock market?

Learn more by viewing “5 things to do when stocks aren’t cheap,” a Money Talk Video with Marc Amateis.

8. Why did Bob share this chart on bear markets? 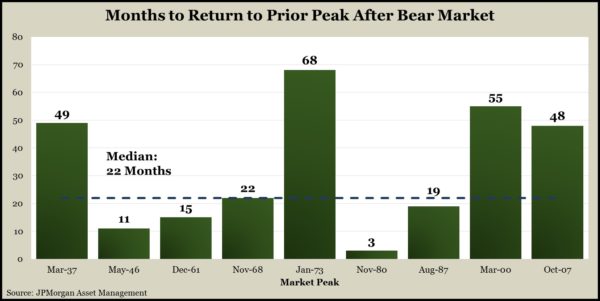 b) To suggest keeping 40% of a retirement portfolio in relatively safe investments.

As Bob noted, keeping 40% of a portfolio in lower-risk bonds should cover 10 years of 4% annual withdrawals, which would outlast prior bear markets and give stocks time to recover.

9. Bob suggested several considerations investors should remember to keep their portfolios balanced. Which one WAS NOT on his list?

a) As long as profit margins are high, increase your portfolio’s share of stocks.

In fact, Bob said to consider moving portfolios below 60% in stocks.

10. Which equity market has experienced the best performance over the last nine years?

Also from the seminar
Selections important to your investments, a Money Talk Video with Kyle Tetting